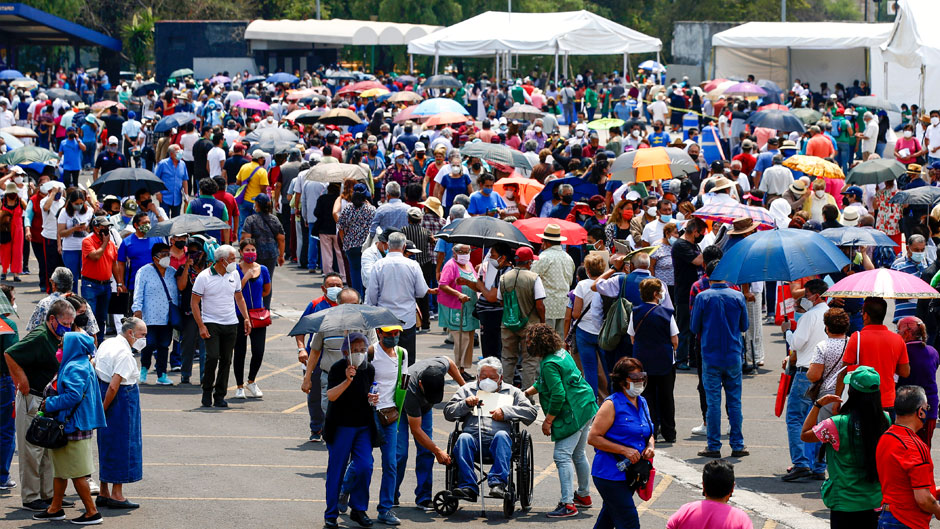 New academic papers from the University of Miami COVID-19 Observatory show that the lack of a unified federal response in both countries worsened the impact of the virus.

When considering these numbers, Mexico and Brazil stand out as the two countries with the highest number of coronavirus deaths.

Two new academic papers by the University of Miami COVID-19 Observatory—a research collaborative that collects, analyzes, and shares national and subnational policy data about the COVID-19 pandemic in Latin America—were published this month in peer-reviewed journals.

“The similarities between Mexico and Brazil are poor leadership that refused to use evidence on which to base the policies that were implemented,” said Felicia Marie Knaul, director of the University of Miami Institute for Advanced Study of the Americas and a health economist who was a co-author of the papers. “It was politically driven policy-making that was not based on evidence, and that is why these two countries have suffered more than they had to.”

Michael Touchton, associate professor of political science and a co-author of the two academic articles, said that instead of coordinating a national effort for lockdowns, mask wearing, and other interventions, the federal government in each country allowed for states to act unilaterally.

Many actions, particularly in Brazil, were taken according to the political stances of the region’s leadership, said Touchton. Governors in Brazil who were aligned with the country’s president were more liberal in their COVID-19 restrictions and those who were not aligned were more restrictive, he added.

Knaul said this was similar to the position of many state governors in the United States and other countries who refused to implement certain restrictions to combat the virus.

“Both President Jair Bolsonaro of Brazil, on the right, and Andres Lopez Obrador of Mexico, on the left, have negated science as it relates to the pandemic, denied the severity of the pandemic, and have said the government did not need to do anything as it regarded the pandemic,” said Touchton.

The scenario created by the federal government’s lack of action is that in Mexico, “you were facing 33 different pandemics,” said Touchton. In most cases, states did not have enough resources to handle the disease.

Adding to the crisis in Mexico, said Knaul, was that the country went into the pandemic with a “weakened health care system.”

“The government closed down the Seguro Popular (a program that provided universal health care to vulnerable populations) and the key anti-poverty program PROSPERA,” she said. “So, the country and its health system were incredibly exposed to the pandemic.”

Another aggravating factor was that states were making decisions without adequate testing and therefore were implementing policies without accurate knowledge of the severity of the disease.

To make matters worse, residents from one state were allowed to travel freely to other areas. So “people who are going from low restriction places to high restriction places are bringing the pandemic with them and are spreading the virus,” said Touchton.

Although implementation of vaccines has begun throughout the region, according to Touchton, controlling the different variants of the virus will be difficult since there has been no change in how each country is handling the virus.

Eight groups from different countries collaborated as partners in the research and publication of the two academic papers. Calla Hummel, assistant professor of political science, was also among the University co-authors.

Knaul sees the collaboration in putting together the data and the papers as a wonderful example of where “the Hemispheric University Consortium is going.”

The Hemispheric University Consortium was founded with the purpose of mobilizing a new generation of students, teachers, and researchers across the Americas to learn, teach, and act as global citizens.