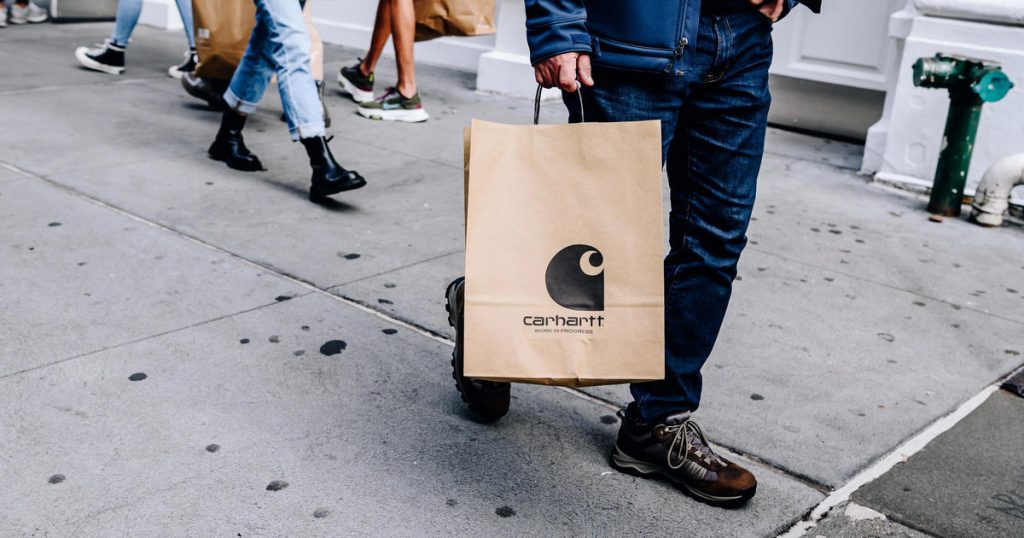 Carhartt may be one of the rare brands that appeals to both rural workers and urban hipsters with its rugged outdoor gear, but it now finds itself at the center of a controversy that is dividing its customer base: Workforce vaccine mandates.

Some customers are vowing to boycott Carhartt products after a January 14 internal memo from CEO Mark Valade surfaced on social media. The memo focuses on the Dearborn, Michigan-based company’s response to the Supreme Court ruling on the Biden administration’s vaccine rules for large workforces — which the high court struck down. Despite the ruling, Valade wrote, Carhartt would maintain its corporate policy of requiring its 5,500 workers to be vaccinated.

“Many of you have asked how the recent Supreme Court decision on the OSHA mandate for large employers will impact our associates so we want to provide some clarity,” he wrote in the memo, which was confirmed by Carhartt to be authentic. “The ruling does not change Carhartt’s mandatory vaccination program, which went into effect on January 4th.”

He added, “An unvaccinated workforce is both a people and business risk that our company is unwilling to take.”

The memo has sparked both support and calls for a boycott, with the division coming down to whether consumers support vaccination requirements or see them as an intrusion on personal freedom. The unvaccinated are among the minority of Americans, given that 63% of the nation is fully vaccinated. But those who are unvaccinated tend to be higher in Republican-leaning areas, according to the Kaiser Family Foundation.

One Twitter user called Carhartt’s vaccination stance “insane given their target market” and professed they were “done purchasing any of their stuff.” Another wrote that she was “impressed and I will be purchasing from a company that cares about protecting all its workers.”

Even though the Supreme Court ruled earlier this month that the Occupational Safety and Health Administration (OSHA) had overstepped its bounds by requiring employers with more than 100 employees to either vaccinate or test their workers, that doesn’t prohibit private companies from requiring their staff from getting the jab, according to legal experts.

About 36% of Americans say their employers require them to get a COVID-19 vaccination, while another 43% say their bosses are encouraging the shot but not requiring it, Gallup found last month. Companies including Citigroup and airlines such as United and Delta have instituted vaccine mandates for their workers.

Conservatives have traditionally supported the right of private companies to operate their businesses as they see fit, without government regulations calling the shots. Yet the issue of vaccinations and other COVID-19 health regulations have become deeply politicized, with some corporations aiming to sidestep the issue by stating that their aim is to keep both workers and customers from feeling the worst impact of the coronavirus.

Even so, some conservatives were having none of it: “Went from “Buy Carhartt” to “Bye Carhartt” real quick!,” tweeted conservative writer Ashley St. Clair, who also called Carhartt’s vaccine mandate “medical tyranny.”

Carhartt told CBS MoneyWatch that the “vast majority” of its employees are vaccinated, and that it has given some exemptions for medical and religious reasons.

“Carhartt made the decision to implement its own vaccine mandate as part of our long-standing commitment to workplace safety,” the company said in an emailed statement. “Our recent communication to employees was to reinforce that the Supreme Court ruling does not affect the mandate we put in place.”

It added that it “fully understands and respects the varying opinions on this topic, and we are aware some of our associates do not support this policy.”

Carhartt said that it has extended the vaccination deadline to February 15.

“We stand behind our decision because we believe vaccines are necessary to protect our workforce,” the company said in the statement.