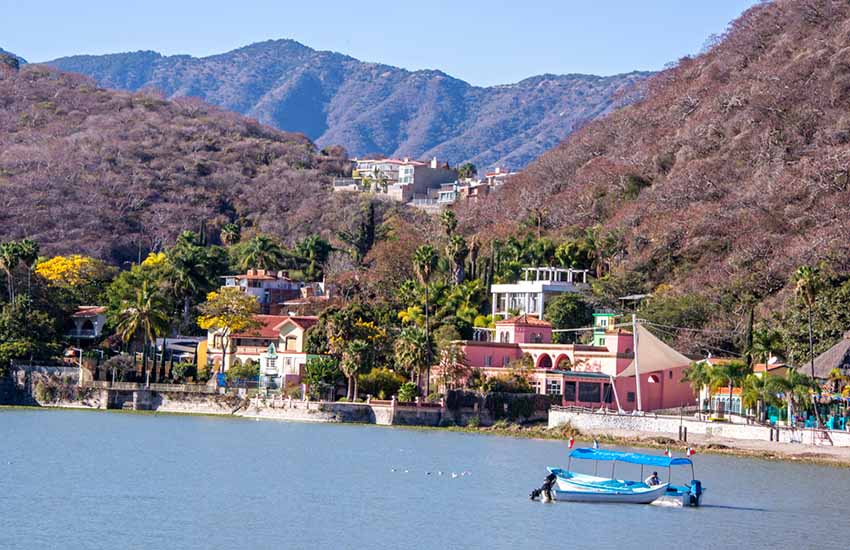 I live lakeside in Chapala, Jalisco. In all of Mexico, it’s the most picturesque, comfortable and enlightening place any Mexico-seeking expat could ever hope to find. It’s also quite common (when you’re living in paradise) to get drawn into like-minded social spaces, both digital and spatial.

On digital forums, I try to steer clear of the comment sections. But a recent conversation that erupted on an Ajijic chat site was just too juicy to swipe past.

On the surface, it was about a seemingly humdrum matter: poop in the lake.

The protagonist was an innocent expat wanting to “do something” about Lake Chapala and the surrounding area’s rainy season raw sewer overflows. This is a common yearly experience across Mexico (and parts of the United States).

This topic became one of the forum’s most talked-about crises. For an online community that traffics in selling toaster ovens and queries like, “Can anyone help me fix my remote control?” the comments veered to unexpectedly extreme expressions of angst. I took to distilling this vitriolic sewage–in-the-lake commentary, hoping to find the fault line of when and where we expats turn complaints into activism.

While I found no evidence of anyone with a latent desire for more poop in the lake, it’s clear that the expat community is nowhere near to being on common ground regarding what to do about the issue. We seem to be caught in a swirl of doubt: being “sensitive” versus “don’t waste your time.” The result: with some exceptions, expat residents sit self-sidelined on issue after issue.

As a resident of one of the longest-standing colonies of Americans living anywhere outside the U.S. (American expats have been living here since the 1940s), I expected more multicultural activism. Perhaps a presidente municipal (mayor) whose grandfather was from Wisconsin? It would seem plausible, given the generations of lakeside living by Americans and snowbird Canadians.

However, we expats are still in another orbit from our Mexican neighbors. As shown by this particular social media uproar, when a community issue arises, we too often run for our respective ideological mother ships.

Most of us expats are here for the right reasons and will donate to causes in a generous fashion (giving both time and money). But too often we are susceptible to all this sunshine and the well-stocked shelves of the Super Lake market causing our ideologies to run amok.

It can take something like poop in the lake to reveal our true colors.

For those on one side (liberals?), it’s an abandonment of the credo “think global, act local.” In the doo-doo diatribe about Lake Chapala sewage, this group once again shoots themselves in the proverbial huarache (sandal).

Being “sensitive” (and choosing to do nothing), these folks plop (so to speak) right into the “it’s not our country, be respectful” cushion of hypocrisy. I do appreciate one kind soul’s solution, however: that we all switch to compost toilets.

In the other corner (social conservatives?) are those who bring their First World problems and material hang-ups to their new Jalisco lakeside home. Mexico is a mere coincidental backdrop for living behind a wall, with better weather and Costco. This group harps about Mexico’s corruption and how nothing is ever going to change.

“Why bother?” becomes their answer to addressing local issues.

In between are those who worry that any form of public expression about local issues is illegal. (It’s not.) Others have come to realize that many Mexicans disdain confrontation, debate and public conflict resolution.

Put this together, and many of us just sit it out.

It’s not that we invaders only want to save the world by rescuing one stray dog at a time or by opening yet another bazaar for dead people’s belongings. We are a damn talented bunch. If you doubt this, spend an hour at Ajijic’s Open Circle get-together/lecture some Sunday morning: you’ll meet social crusaders, engineers, architects, scientists, teachers, writers, esteemed diplomats and true global citizens.

Ninety-five percent of us are gringos, starved (as is our lot) for information and insight. We are a great 60-and-over generation of listeners and learners.

But how do the “why bother” and the “let’s be sensitive” viewpoints come together? Do we “respect” Mexico and Mexicans when we withdraw to the do-nothing comfort zone? Do we exacerbate the problem when writing off expat activism as futile in the face of bad government, weak institutions and corruption?

I propose it’s time for a communal coming of age for Mexico expats. Learn some Spanish, get your residente permanente visa, vary your dining and drinking routine, make Mexican friends, volunteer, mentor kids and find a cause. Maybe then we act arm-in-arm with our neighbors in resolving shared afflictions.

Mexicans would cheer our taking notice of public nuisances. Even more would appreciate us working toward solutions.

Greg Custer has worked in Mexico tourism for over 40 years. He helps foreigners find their village in the sun at www.mexicoforretirement.com.