Why Sex Ed Programs Should Teach Both 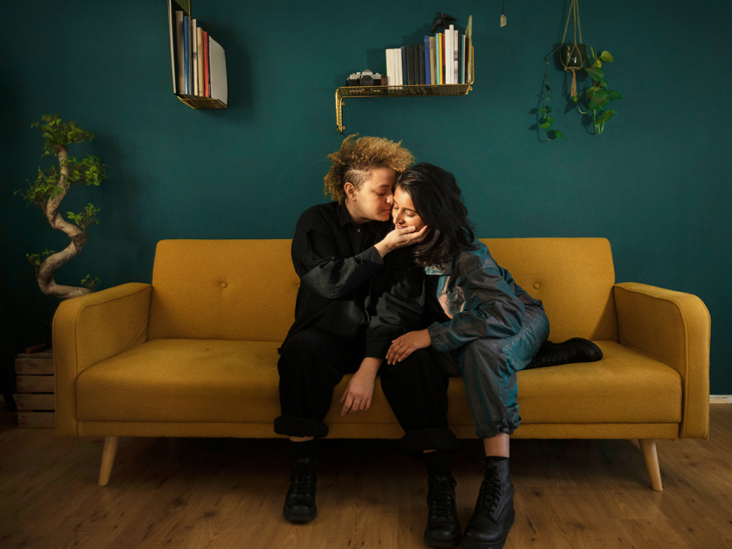 Sexual education often focuses on all the things that can go wrong in sex, like unplanned pregnancies and sexually transmitted infections (STIs).

However, researchers say that sex ed may be more effective when sexual pleasure is also a part of these conversations.

According to the authors of a in the journal PLOS One, when educators acknowledge that enjoyment is often a primary objective of sex, it helps improve people’s knowledge and attitudes about sex.

Their research also indicates that it leads to safer sex practices and improves compliance with condom use.

The research team decided to look at the issue of pleasure in sex education because they felt that it was largely absent from most programs as well as being understudied.

To carry out their research, they performed a meta-analysis of the scientific literature between 2005 and 2020.

The majority of the studies included in their analysis were from the United States. However, studies from countries around the globe, including Brazil, Spain, South Africa, the UK, Nigeria, Mexico, and Singapore were also included.

When they examined the data from these studies, they found that incorporating pleasure into sexual health and reproduction programs can have positive effects on people’s attitudes toward sex.

It can also encourage safer sexual behaviors, including condom use, when educators acknowledge that sex can and should feel good.

The authors concluded their report by recommending that sexual health programs revisit their approaches if they’re not already including sexual pleasure in their educational efforts, stating that they will have more effective programs when done with a sex-positive approach.

The study was released just prior to Valentine’s Day by the World Health Organization (WHO) and The Pleasure Project, an advocacy organization described by study author and founder Anne Philpott as “putting the sexy into safer sex.”

According to Philpott, historically, sexual health education has focused on what we should avoid or the harm that can come to us if we have sex, an approach that doesn’t work when it comes to changing behavior.

There is also stigma and taboo surrounding sexual behaviors and the reasons people engage in them.

In addition, there are gender norms that make it taboo for women, LGBTQIA+, or other marginalized groups to be able to express what they might want or to express their sexual identities.

“However, this has not served us well overall in that it shames people into not being able to learn the skills and knowledge they need to protect themselves,” said Philpott.

“We promote sexual health and agency through an emphasis on ‘good sex’ and by focusing on one of the primary reasons people have sex — the pursuit of pleasure — and by acknowledging diverse desires and means of satisfaction,” she said.

While there are formal programs that educate young people about sex, including sex education in schools, parents play an important role as well.

Jennifer M. Grossman, PhD, a senior research scientist at the Wellesley Centers for Women who leads its Family, Sexuality, and Communication Research Initiative, said that parents often fear talking with their children about the positive aspects of sex, worrying that they’ll encourage behaviors that may lead to unintended pregnancies or STIs.

She noted that the evidence does not support this.

“It’s important to talk about sexual pleasure, especially with adolescents and young adults, because these are developmental periods when people form lasting ideas about sex and relationships, which carry over into adulthood,” said Grossman.

“Therefore, seeing sex as a negative behavior may get in the way of healthy and positive sexual relationships in adulthood,” she added.

Sara C. Flowers, DrPH, vice president of education and training at Planned Parenthood Federation of America, said “It’s important to know that you don’t have to sacrifice a fun, pleasurable sexual experience in order to practice safer sex.”

“Actually, practicing safer sex helps you be more relaxed during sex since you can worry less about STIs or unintended pregnancy,” she said.

Flowers noted that rather than taking away from your fun, condoms can actually increase pleasure for both partners. They come in lots of different styles, shapes, and textures.

Also, putting on a condom can be a fun part of foreplay, she said.

Flowers added that consent is also a big part of having a safer, happier sex life.

“Asking for consent doesn’t have to be hard or awkward. In fact, telling someone what you want and asking what they want can be sexy,” she said.

“It also makes doing sexy stuff less awkward and less confusing because when there’s clear consent, you know for sure that the person you’re with wants the same thing you do,” she added.