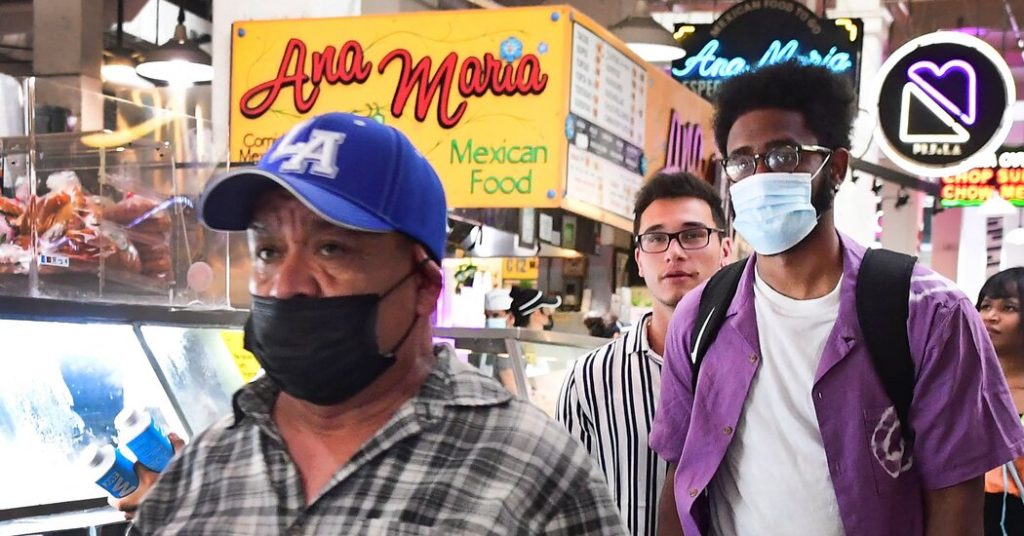 The teenage American tennis star Coco Gauff said Sunday that she had tested positive for the coronavirus and would not be competing in the Tokyo Olympics. Her withdrawal was the latest sign that the pandemic would disrupt the Games with the opening ceremony just days away and the virus continuing to infect athletes and others involved.

“I am so disappointed to share the news that I have tested positive for Covid and won’t be able to play in the Olympic Games in Tokyo,” Gauff, 17, wrote on Twitter. “It has always been a dream of mine to represent the USA at the Olympics, and I hope there will be many more chances for me to make this come true in the future.”

Gauff was supposed to lead an American team of 12 players. Serena Williams, another American star, had already said she would not be at the Games, because of restrictions that would prevent her from traveling with her 3-year-old daughter.

It is unclear whether Gauff was vaccinated, but her busy tour schedule would have made getting jabbed a challenge. Covid vaccines were cleared in December for people ages 16 and over in the European Union and the United States. In Britain they are approved only for ages 18 and over.

Public opinion polls in Japan have shown tepid support for going ahead with the Games, which were already postponed by a year, and a nationwide surge in cases has cast a further pall over the event. After barring international spectators in March, organizers said this month that domestic spectators would be barred as well.

Anxiety over the Olympics has intensified as the highly contagious Delta virus variant has been spreading in Asia. The variant is driving new outbreaks in places where transmission was once kept relatively low, but where the pace of vaccination has lagged, like Japan, South Korea, Malaysia and Indonesia. That has led to everyday activities again being restricted in countries around the region, just as they were in the anxious, early days of the pandemic.

Organizers reported more than two dozen positive coronavirus tests this weekend among people who have traveled to Japan for the event, including the first cases inside the athletes’ village.

In a statement on Sunday, the South African Football Association confirmed that three people associated with the men’s Olympic soccer team had tested positive: one official and two players, Thabiso Monyane and Kamohelo Mahlatsi. It was unclear whether those were the cases reported by Olympic officials, who did not disclose any names or nationalities.

In addition, the British Olympics Association confirmed on Sunday that six British track and field athletes and two staff members are in quarantine at the team’s preparation camp after being identified as close contacts of an individual who tested positive on their flight to Japan. “The group all tested negative at the airport and have continued to test negative upon arrival into the country,” the association said.

Olympic officials defended their safety protocols on Sunday, saying a strict testing regimen minimized the risk of outbreaks. At a news conference, Pierre Ducrey, operations director for the Olympic Games, said that since July 1, more than 18,000 participants had arrived in Japan from overseas and more than 30,000 tests had been conducted.

“This is probably the most controlled population at this point in time anywhere in the world,” he said.

Tokyo is now under its fourth state of emergency since the pandemic began, with this one set to last until after the Games end on Aug. 8. The city is seeing its highest case numbers in months, reporting more than 1,000 new cases for a fifth consecutive day on Sunday.

New precautionary measures continue to be announced in the days leading up to the Games. They include changes to the medal ceremony, announced last week, that require athletes to place their gold, silver or bronze medals around their own necks rather than accept them from presenters.

The podium will also be larger this year to ensure social distancing among medalists. Olympic officials had previously announced that masks would be mandatory for both medalists and presenters.

Some athletes have decided to stay away from the Games. They include two Australians: the tennis player Nick Kyrgios, who cited misgivings about the lack of spectators, and the basketball player Liz Cambage, who said she worried about the effect that being confined to the Olympic “bubble” would have on her mental health.