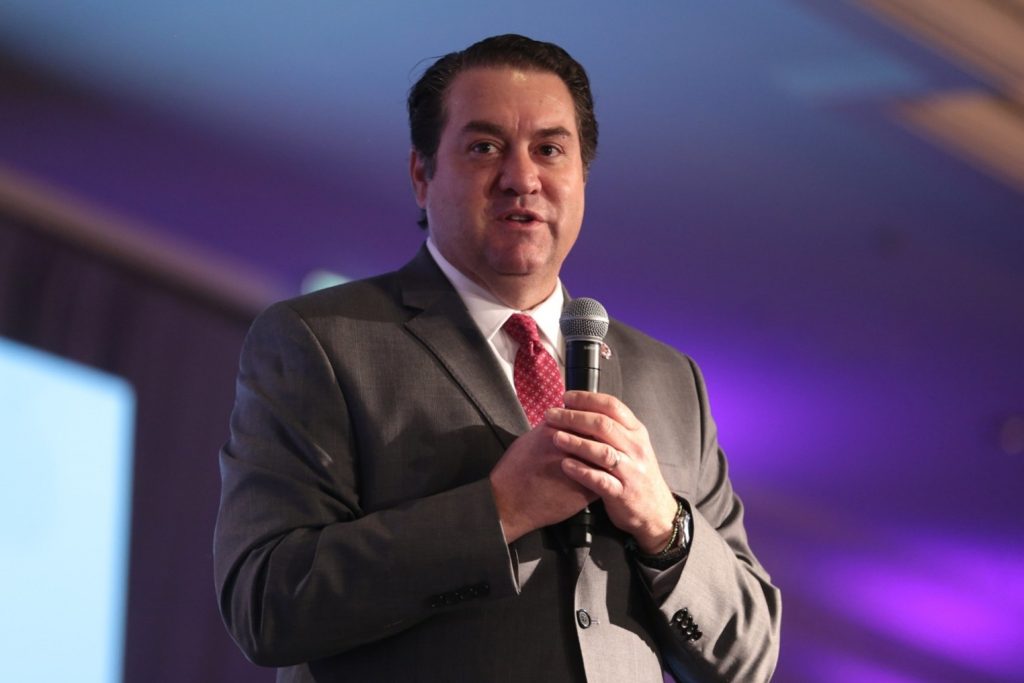 Share
Facebook Twitter LinkedIn Pinterest Email
Arizona Attorney General Mark Brnovich, who is running for a seat in the U.S. Senate, claimed this week that Governor Doug Ducey has legal standing to respond with military force against an “invasion” of the state along its shared border with Mexico.

The move drew predictable praise from a base that is increasingly fixated on border security. But Brnovich’s critics called it a political dog whistle, and legal scholars told Phoenix New Times that they are skeptical of his legal argument.

Brnovich issued a lengthy legal opinion on Monday arguing that “the current situation” along the state’s southernmost border was an invasion, as defined in the U.S. Constitution.

Arizona, he concluded, “has the power to defend itself from this invasion under the Governor’s authority as commander-in-chief.”

“This is really, at its core, dangerous political posturing that does not have [a] foundation in the law,” said Victoria Lopez, legal director at the Arizona branch of the ACLU.

Legal opinions of any state attorney general have no immediate impact on law or policy. They are usually written in response to a lawmaker’s request for the attorney general’s opinion on a legal question.

Brnovich’s legal opinion was issued in response to a query from state lawmaker Representative Jake Hoffman, a Republican who represents District 12, in October.

Representative Hoffman requested a “formal legal opinion of whether or not the federal government has failed… to uphold its obligations to protect our state from invasion under Article IV, Section 4 of the U.S. Constitution.”

Hoffman was one of Arizona’s “alternate electors” who submitted false documentation trying to elect Donald Trump in 2020. He’s also one of several GOP lawmakers who have been asking for the governor to use military power to address immigration at the border. GOP leaders held a press conference last month to share their list of demands.

The new legal opinion from Brnovich offers some groundwork for such a plan.

Brnovich argued that “violence and lawlessness at Arizona’s border caused by cartels and gangs” was akin to an invasion of the country, and that the federal government was failing to stop it.

That situation enables the state of Arizona to take up arms in self-defense under the Constitution’s State Self-Defense Clause, he said, citing language from the Constitution that reads: “No State shall, without the Consent of Congress… engage in War, unless actually invaded, or in such imminent Danger as will not admit of delay.”

Neither Hoffman nor Brnovich’s office replied to requests for comment.

Federal crime data collected in towns along the U.S.-Mexico border does not align with claims about a recent spike of violence.

FBI crime data analyzed by news organization Axios showed that some border communities spanning from El Paso in Texas to Yuma in Arizona and San Diego in California have far lower murder rates than major American cities. And that’s been the case for years.

Crime in the city of Yuma, Arizona’s largest border community, has declined consistently each year since 2013, according to the most recent data. On a national level, violent crime has risen over the last two years. Information for crime in Yuma during 2021 is not yet available.

However, apprehensions of individuals along the border have been up significantly since March 2021, according to data from U.S. Customs and Border Protection an agency inside the Department of Homeland Security.

Most immigrants stopped after crossing the border into the U.S. are immediately turned away from the country under Title 42, a controversial public health policy first implemented under the Trump administration.

Some law enforcement at the border asked the state for additional resources such as county sheriff’s offices — in part, due to their own staffing shortages.
The presence of the Arizona National Guard at the border, though, is nothing new. Thousands of troops were deployed to the border, including to Arizona, under both the George Bush and Barack Obama administrations.

Democratic Governor Janet Napolitano deployed the National Guard to the southern border to assist in patrols and with the construction of border barriers. More recently, Governor Ducey has deployed the Guard to the border multiple times during his tenure.

When he took office in 2015, Ducey also created a “Border Strike Force,” a new law enforcement division within the Department of Public Safety dedicated to border crimes, one of multiple law enforcement border task forces that Arizona has seen over the years. The most recent budget included more than $60 million in funding for these operations.

Ducey’s office provided a statement to New Times that expressed frustration that Brnovich made no mention of this.

“For Attorney General Brnovich to imply the [National] Guard is not on our border does them a serious disservice and shows that he fails to appreciate the commitment these men and women have for protecting Arizona,” the statement read, though it added that the federal government “has totally failed to address this very real public safety and humanitarian crisis.”

Lopez said that the state’s spending on border security deserves more scrutiny instead of expansion.

“It’s unclear what exactly it is [Brnovich] proposing, given the amount of resources that the state has already spent on, quote-unquote, enforcing the border,” the ACLU attorney said. “Stretching a legal concept and a legal theory to bend to the political rhetoric is not the right perspective here.”

Although the Constitution does discuss the rights of states to self-defense during an “invasion,” Lopez said that it was a stretch to claim that longstanding turmoil at the border fit that definition.

Evelyn Cruz, a law professor at Arizona State University specializing in immigration, also said she felt there is a scant legal basis for Brnovich’s claims. The attorney general’s description of an invasion, she said, “neither fits the definition, neither fits the motivation and behavior of the immigrants, and neither does it provide for a solution.”

She called his rhetoric “fear-mongering, obviously.”

Emily Kirkland, executive director of Progress Arizona, a progressive advocacy group, said that the comments were “part of a pattern from Mark Brnovich.”

Once considered a moderate, Brnovich has taken increasingly hardline stances on right-wing issues over the last year.

“He’ll say or do anything to get his name in right-wing media and get his far-right base talking about him,” Kirkland said, noting that Brnovich’s Senate campaign was now ramping up.

But, critics said, his language could still have far-reaching repercussions.

The rhetoric, Lopez said, could spur additional vigilante activity at the border by civilians.

“Over many decades now we’ve seen anti-immigrant vigilante groups at the border trying to detain or arrest or target or do harm to immigrants,” she said.

“This will only embolden and inflame them,” she said.