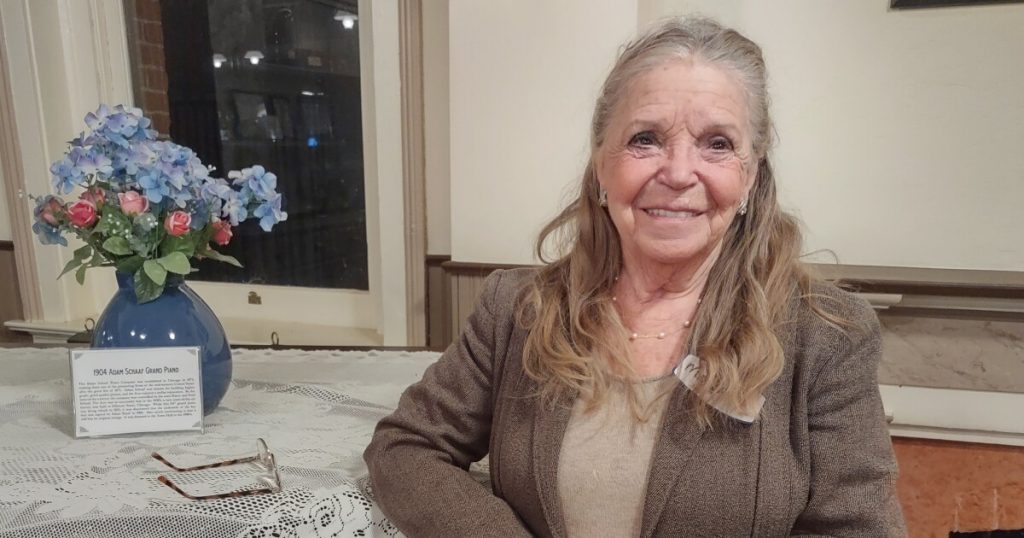 Anti-trafficking advocate Marisa Ugarte spoke at a recent Soroptimist International of Ramona meeting about a proposed bill that she said could make it more difficult to save sex trafficking victims.

But the bill would repeal those provisions and would allow a loiterer to petition the court for dismissal and sealing of their case. Law enforcement would not be able to protect a child in the street without breaking the law, she said.

The office of the bill’s author, Sen. Scott Wiener, D-San Francisco, has said that the current law allows police to cite situations — such as when a person speaks to pedestrians, wears revealing clothing, or moves in a particular way — as clues on whether that person has the intention to engage in prostitution.

Ugarte is the founder and director of Bilateral Safety Corridor Coalition, a San Diego-based nonprofit. Its mission is to preserve the dignity and well-being of commercial and sexually exploited men, women and children through prevention, protection, prosecution and partnership, Ugarte said.

Although Senate Bill 357 has passed the state’s Assembly, Ugarte said Gov. Gavin Newsom has the authority to veto it. She asked the Soroptimist attendees to write to the governor to encourage his veto.

“We thought it was going to be addressed this month, but it hasn’t happened yet,” Ugarte said. “I think he’s giving it serious consideration. I hope his heart is in the right place because this can’t happen.”

Victims of human trafficking come to the United States searching for a good job and a good life, Ugarte said. They think they will earn money, go to school and get an apartment. But they can be recruited into human trafficking on the Internet, on the streets, and at public places such as shopping malls.

Traffickers keep them enslaved by telling them they can be reported to law enforcement or immigration and be deported, Ugarte said. But, she said, anyone who is a victim of human trafficking cannot be deported.

Human trafficking persists, she told the group, because people are unaware or look the other way. She said ranchers prefer cheap labor and consumers want cheap commodities, from clothes to coffee. In addition to trafficking men, women and children for sex, issues exist with genital mutilation of women and child marriages in some states where there is no minimum age to be wed.

“It’s so multilayered,” said Ugarte, who developed social services and a binational crisis line in Tijuana, Mexico. “We need to address each issue one by one. How do we train the next generation into believing what we believe and in protecting men, women and children?”

Human trafficking is also happening in Ramona and other local communities, she said. It’s hard to say how prevalent it is because much of it goes undetected, she said.

Ugarte is scheduled to discuss the topic at Ramona High School on Feb. 24. Her talk, “Teen Dating Violence and More,” will include information about online recruitment of victims for sexual exploitation, and cover Instagram, Snapchat and the role that emojis play in recruitment.

The Bilateral Safety Corridor Coalition has partnerships with a task force comprised of law enforcement officials, the FBI and the Labor Department, she said. Shared Hope International is another organization that offers comprehensive prevention and protection of victims and can be reached at 1-800-The-Lost or on Facebook, she added. Other agencies involved in the fight are London-based human rights organization Amnesty International and the American Civil Liberties Union (ACLU).

Ugarte told the attendees they can help by forming their own anti-trafficking group; teaching mothers, future mothers, grandmothers, sisters to be aware of what’s going on; and sharing stories with the media.

“What if it was your friend’s daughter or your daughter or niece and they have a pimp outside threatening that if you do not do what he wants then he will kill you?” she said.

Anyone who suspects trafficking is occurring can report it to the Sheriff’s Department or call the Bilateral Safety Corridor Coalition’s emergency trafficking hotline at 619-666-2757.