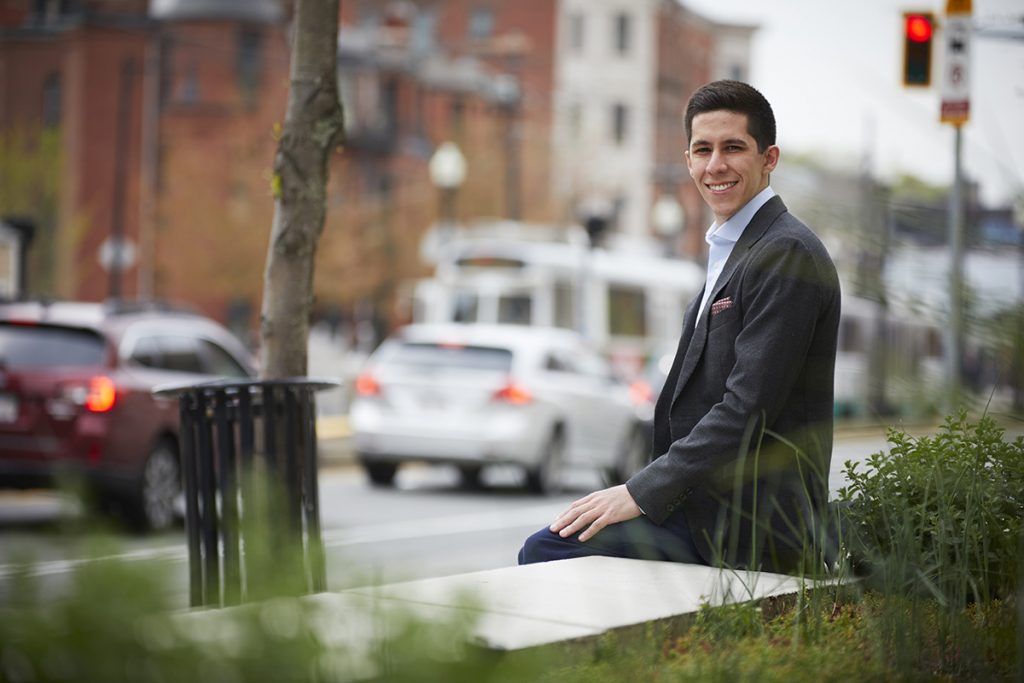 Alan Espinosa, SM ’22, is striving to show how food and lifestyle changes could boost Mexicans’ health

April 28, 2021 – Alan Espinosa first realized the connection between diet and health as a teenager, when his family moved from his native Mexico City to the city of Mérida on the Yucatan Peninsula. “I encountered a very diverse culture of food,” he said about the city, a melting pot of Mayan and Spanish influence. Many residents, however, relied on a diet high in fatty corn oil, sugar, starch, and processed foods, and lived sedentary lifestyles. “There was a high prevalence of noncommunicable diseases, such as obesity, type 2 diabetes, and hypertension,” he said.

The lesson was driven home when Espinosa attended high school in Belgium, where the population ate a healthier Mediterranean-like diet, cooked most of their food at home, and walked and biked everywhere. “Obesity was much less prevalent, and people were living longer and healthier lives,” he said.

Seeing the stark contrast in health and lifestyle between the different populations inspired Espinosa to study how what he called the “Mexican diet” could create such dramatic differences. At Harvard T.H. Chan School of Public Health, Espinosa is concentrating in nutritional epidemiology, pursuing research into how food and lifestyle changes might improve health outcomes in Mexico.

Over the past few years in Mexico, as an undergraduate studying nutrition at the Marista University of Mérida, Espinosa has published research on the health impacts of using non-nutritional sweeteners instead of sugar; examined the impact of diet on erectile dysfunction; studied the prevalence of diabetes among Mayan populations; and analyzed the diets of Mexican vegans. He is now continuing his work at Harvard Chan School, hoping to develop recommendations to improve health both in Mexico and beyond. “Knowing my work is being read and helping people enhance public health nutrition around the world is a fantastic feeling,” he says. “I’m looking forward to continuing on this path and hopefully having an impact on people facing nutritional challenges through their diets.”

While an undergraduate, Espinosa worked with faculty mentors in Mexico to research the relationship between the Mexican diet and prevalence of chronic disease. While more common in some parts of the country than others, that diet has supplanted much of the native cuisine and, combined with an increasingly sedentary lifestyle and a genetic predisposition to obesity, “is a perfect storm to promote nutrition-related diseases,” he said.

He was first author on two studies published in 2019. In one, he found that even vegans in Mexico were less healthy than their counterparts in other countries, their bloodstreams full of unhealthy triglycerides from an over-reliance on carbohydrates and simple sugars from soft drinks and processed foods. Based on that research, he helped to create recommendations to improve health for Mexican vegans. They included supplementing the vegan diet with vitamin B12, reducing refined carbohydrates, and increasing the use of olive oil and other healthy vegetable oils. He and his colleagues presented the findings at several conferences, as well as in articles and book chapters. In the other study, he found that switching to a Mediterranean diet significantly improved erectile function in men, even without medication.

For his research on non-nutritive sweeteners (NNS), he helped conduct a comprehensive systematic review and meta-analysis of 20 randomized trials that looked at how NNS impacted weight gain compared with sugar, water, and placebos. While people often eat or drink food with NNS in order to lose weight, doctors and scientists have debated whether they might actually lead to weight gain by causing people to develop a taste for sweets and overindulge in sugar. In fact, the review by Espinosa and colleagues found that diets containing NNS were associated with a significantly lower body weight compared to diets containing sugar, especially among people who were not consciously restricting calories. The findings indicate that NNS could be a good alternative to sugar to maintain healthy weight—a fact that could be highlighted to patients by their health providers or included on food packaging, said Espinosa.

Beyond conducting research as an undergraduate, Espinosa also started a company. He partnered with two business-major friends to create a low-cost nutritional supplement aimed at helping combat deficiencies in vitamins and other nutrients related to poor diet, especially those related to anemia. The supplement, called Kiikter, is a vitamin-rich gel that can be eaten directly from the container. Espinosa continues to collaborate in the company as co-CEO today, working to distribute the supplement through both commercial stores and government programs. “I don’t sleep that much,” he confessed.

Espinosa is aiming to continue his research on NNS at Harvard Chan School, working with Walter Willett, professor of epidemiology and nutrition, and using data from the long-running Nurses’ Health Study II, which Willett co-leads.

He plans to go on to earn his PhD and to implement a study in Mexico that’s modeled after the Nurses’ Health Studies—which rely on periodic questionnaires about food and lifestyle—in order to generate data to gauge the long-term effects of that country’s unique diet. “In order to assess the long-term effects of any dietary interventions at a population scale, it’s not feasible to conduct a randomized controlled trial, and instead, we rely on epidemiological studies to understand the relationship between diet and disease,” he said. “Coming to Harvard, and especially to this particular program, has provided me with the tools and training to implement and conduct high-quality core studies.”

Espinosa hopes that his research will continue to highlight dietary recommendations that could help people live longer, healthier lives. “I would love to combine clinical practice with research,” he said. “Promoting health by incorporating the best evidence available from well-designed studies is a unique vocation—that is my biggest passion and my true purpose.”