BharatPe founder asks for the removal of CEO from board – TechCrunch 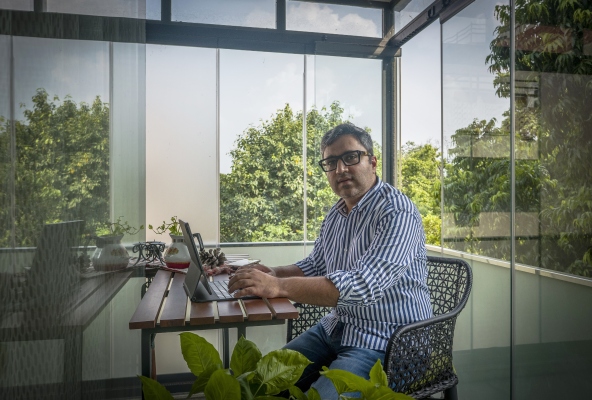 BharatPe co-founder and managing director Ashneer Grover has asked the board for the removal of chief executive Suhail Sameer from the board in the latest of a series of remarkable turn of events at the Tiger Global-backed Indian fintech startup.

Grover, who is subject to an ongoing investigation whose preliminary finding has suggested fraud, wrote in a letter to board members on Wednesday for the removal of Sameer from the board, though he did not offer an explanation.

“I, now, in exercise of the power vested in me by Clause 3.7 of the SHA and Clause 91.7 of the AoA do hereby withdraw, my nomination of Suhail Sameer as a Director nominated by me to the Board of Directors of the Company.”

“In light thereof, I, Ashneer Grover request the Board of Directors of the Company to complete the necessary processes to record the cessation of the Directorship of Suhail Sameer as a Director of the Company,” the letter reads, the contents of which was reviewed by TechCrunch.

BharatPe did not immediately return a request for comment.

Indian newspaper Economic Times first reported about the letter. Earlier this week, the paper separately reported that Grover was seeking legal counsel to protect his shareholding and position at the firm.

39-year-old Grover said last month that he was going on a two-month leave of absence after alleged audio clip surfaced on Twitter of man hurling abusive and life threatening statements over a phone call to a Kotak Bank representative over not getting financing to buy shares in fashion e-commerce Nykaa’s IPO.

The clip, coupled with BharatPe’s long-track record of abusive work culture, created enough pressure on the startup’s board that it announced an investigation into, among other things, financial irregularities charges levelled against Grover and his wife, who serves as the startup’s head of controls.

Grover rubbished the audio clip in a tweet, which he has since deleted.

A preliminary investigation by Alvarez and Marsal (A&M) commissioned by BharatPe’s board found fraudulent transactions including payments to non-existent vendors as well as irregularities of invoices being produced to substantiate spends, Economic Times reported. Indian newspaper Mint on Friday shared more details about the “egregious instances of fraud” findings at the firm.

The Wednesday letter to the board members escalates the tension between Grover and Sameer, who took over as the chief executive role from Grover last year. Mint has also reported that the board has made its mind to remove Grover from the firm.

The relationship between Grover and Sameer has soured in recent months. The two stopped seeing eye to eye several months ago, according to a person familiar with the matter. “I am happy to appoint Suhail Sameer as the CEO in recognition of stupendous business growth he has delivered during the last 1 year and his ability to lead from the front,” Grover had said at the time of Sameer’s appointment.

In an interview this week to Indian outlet MoneyControl, Grover said the firm’s investors “arm-twisted” him to go on a leave and claimed that Sameer was “board’s puppet.”

“Anyone who will say anything unsubstantiated against me, I will get their house, car and everything they ever built. I’m very clear about that. Be clear of the repercussions if you say something without any modicum of truth,” he told the outlet.

BharatPe, valued at $2.85 billion and which was until recently attempting to raise a new funding round at $4.5 billion valuation, is one of the fastest growing fintech startups in India. The firm helps offline merchants accept digital payments and secure working capital.