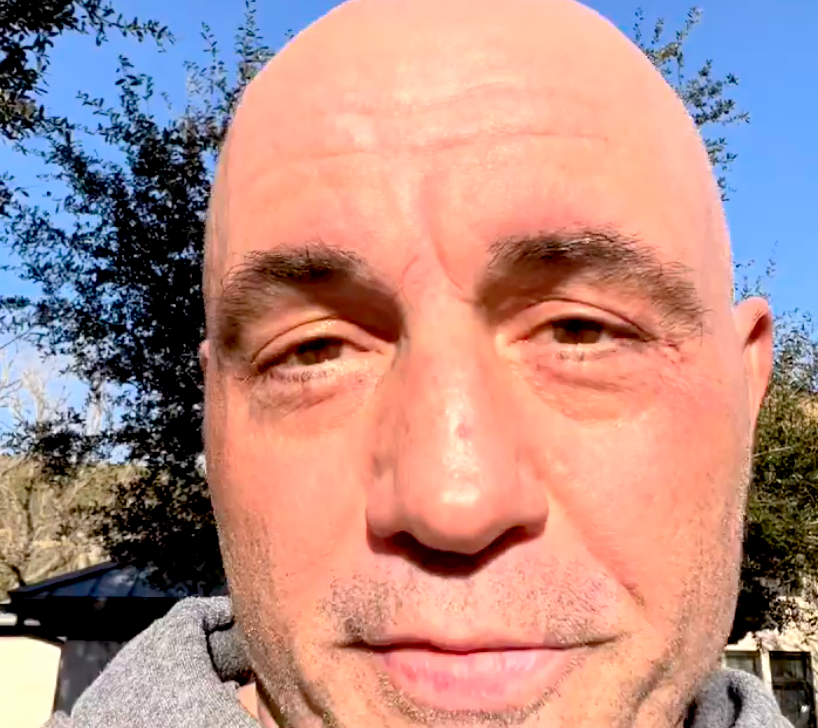 Most probably you have already heard about it. There is a baby formula shortage raging in the United States to the extent that at the moment the reserves are 90% spent. While people are asking why and how did it come to this situation, Joe Rogan is one of the people that is warning about this since several months ago.

Joe Rogan brought this topic on his podcast most recently in the middle of May. Then he and his guest mention that the reserves have hit a record-breaking low. And that low was about 40%. Now, the remaining baby formula reserves are 10%.

The normal situation is that the USA has about 10% formula out of stock. The other 90% are usually there to back up any additional needs. Now, we have the countering situation, all that because an action is not taken when Joe brought this topic up.

Joe Rogan blames all this on the president and his administration.

“Strange how you never saw these supply chain issues when Trump was President, isn’t it? It’s a good time to be a conspiracy theorist, you got a lot of fucking ammunition” – Rogan says in the episode.

On the other side, US President Joe Biden receives a question from one journalist about how and why didn’t his administration predict the lurking shortage to which his response is not so satisfactory.

“If we’d been better mind readers, I guess we could have. But we moved as quickly as the problem became apparent to us. And we have to move with caution as well as speed because we’ve got to make sure what we’re getting is in fact first-rate product. That’s why the FDA has to go through the process.” – The President says.

So, none of the government employees did predict this, but a podcaster and a comedian somehow did.

Tucker Carlson’s words seem surprisingly correct and on point. The USA’s leaders think that the most important thing in the world is Ukraine, and not what is going on in their land, in America.

But President Biden seems to strike a deal about this at the last moment. He is bringing baby formula from Mexico, as the shortage grows to a booming level.

The FDA (Food and Drug Administration) announces that Mexico’s Nestle plant is the one that will take the US out of this situation. Rumors state that the company will send about 1.3 million cans of milk, or that is about 33 million bottles. This supply is to happen in July and is to last until October. For the period after that, the government should look for alternatives and make a deal for permanent supply with some of the companies, or restore its own.

The reason for this baby formula shortage initially happens due to the shutting down of Abbott Nutrition’s Michigan plant. This plant was one of the greatest producers of baby formula in the USA. In the years behind, the USA produces about 98% of its baby formula by itself. There is no need for importing if everything is as it should.

Joe Rogan Experience Podcast wouldn’t be as popular as it is if there is no controversy surrounding each topic that it covers. This topic is not an exclusion as well. The podcaster says that this formula shortage is essentially and good thing!

He brings back the old controversies surrounding the Nestle baby formula which states that the FDA does not do its work the same for each factory across the US. That the baby formula has different composition depending on the plant where it is produced. Furthermore, in some of the ‘powder milk’ some harmful substances could be found. Substances such as cadmium, lead, or barium.

According to FDA, and in fact, according to any health organization, these toxic substances can cause many serious health complications in infants. These conspiracies first emerge back in the 1970s. Since then it is commonly thought that the FDA controls are strict and do not allow such omissions.

And lastly, who is Joe Rogan to question this? I mean doubting and questioning is a useful thing when you are a scientist. But a podcaster that has no education on the matter commenting on it? And moreover, spreading this news to a broad public that watches his podcast is not a good thing. It may create a global panic and global distrust in the FDA – something that nobody wants to happen.

On the other hand, Joe Rogan often mentions that he has experimented with substances that are illegal. A person that uses synthetic testosterone, and in doses 10 times the normal for a regular person speaking about baby formula and ‘unsafe’ substances in it… hypocritical to say the least.

But, Nestle, the company that is about to take the US out of this situation is not one famous for its quality only. There are stories and controversial deals surrounding it, making it a leader of the ‘water mafia’ in Africa.

Essentially Nestle Waters is a company producing drinking water from all over the world. What they do is they buy springs with drinkable water all over Africa and sell the same water to the habitants. The habitants that until that moment are drinking the same water free of charge.

Moreover, the company steals from the US springs of water as well. In the period between 2018 and 2020 alone, the Nestle Company stole more than 180 million gallons of water. Furthermore, they re-sold it to markets all over the world.

While a podcaster warns about first country problems, the president sleeps in and worries about US politics in Ukraine only. Hopefully, the move is made at the right moment and the new supply of baby formula will be on time. Optimistically the quality of the formula is on a satisfactory level as well.