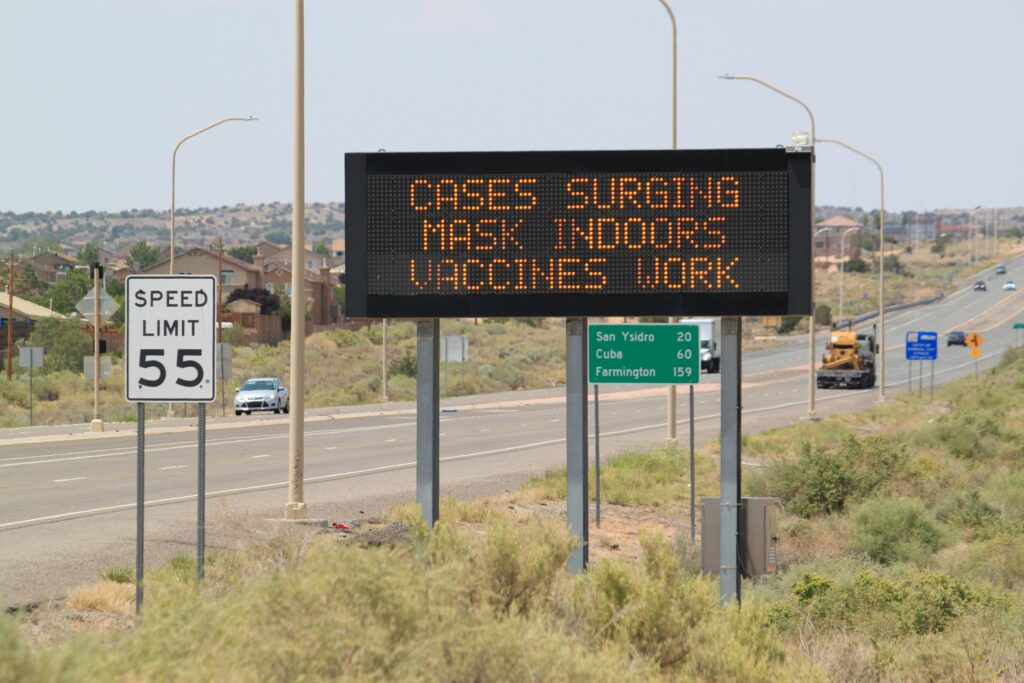 ALBUQUERQUE, N.M. (AP) — Top health officials warned Wednesday that New Mexico is about a week away from rationing health care as COVID-19 infections continue to climb.

State Health and Human Services Secretary Dr. David Scrase said during a briefing that the state is tracking along with its worst-case projections when it comes to spread of the virus and resulting hospitalizations. He pointed to an increase of more than 20% in pandemic patients needing care in just the past day, saying there’s a waiting list of about 50 patients who need intensive care.

“We’re going to have to choose who gets care and who doesn’t get care,” he said, “and we don’t want to get to that point.”

It was December 2020 when New Mexico was last at the brink of having to ration care. Unlike many other states, New Mexico was able to weather that crisis by having a cooperative system in place among hospitals throughout the state that allowed them to transfer as needed to ensure there were no gaps in care.

Officials with some of the state’s largest hospitals said during a recent briefing that while they are all still working together, many beds already were filled by patients needing care for reasons other than COVID-19 because they had put off treatment because of the pandemic.

Scrase said the biggest constraint right now is the shortage of nurses and other health care workers. While federal aid is available to help bring in traveling nurses, he said that pool of workers is in high demand as states across the country are feeling the pinch.

State officials estimated that New Mexico would have to increase the percentage of vaccinated adults by about 18% to avert the coming hospital crisis. So far, about two-thirds of New Mexicans over the age of 18 are fully vaccinated, marking one of the higher rates in the country.

That percentage has inched up now that the state is mandating vaccinations for its employees along with employees in the medical field, teachers and certain other workers. Large employers such as Los Alamos National Laboratory also are requiring workers and contractors to be vaccinated.

Officials said during the briefing that unvaccinated people make up the majority of cases and hospitalizations since February. However, they also acknowledged that data collected over the last four weeks shows the number of infections among those who are fully vaccinated is increasing.

Breakthrough cases accounted for more than 23% of infections and 15% of deaths during that recent period.

“Now that we’re in this surge of infections and there is a high level of virus circulating in our communities we have seen a larger proportion here of cases, hospitalizations and deaths among vaccinated persons,” State Epidemiologist Dr. Christine Ross said.

While the trend is worrisome, she said the increase doesn’t compare to the steep uptick in cases among those who have not been inoculated.

Still, officials said they were hoping to see a downturn in cases in September as more people get vaccinated.