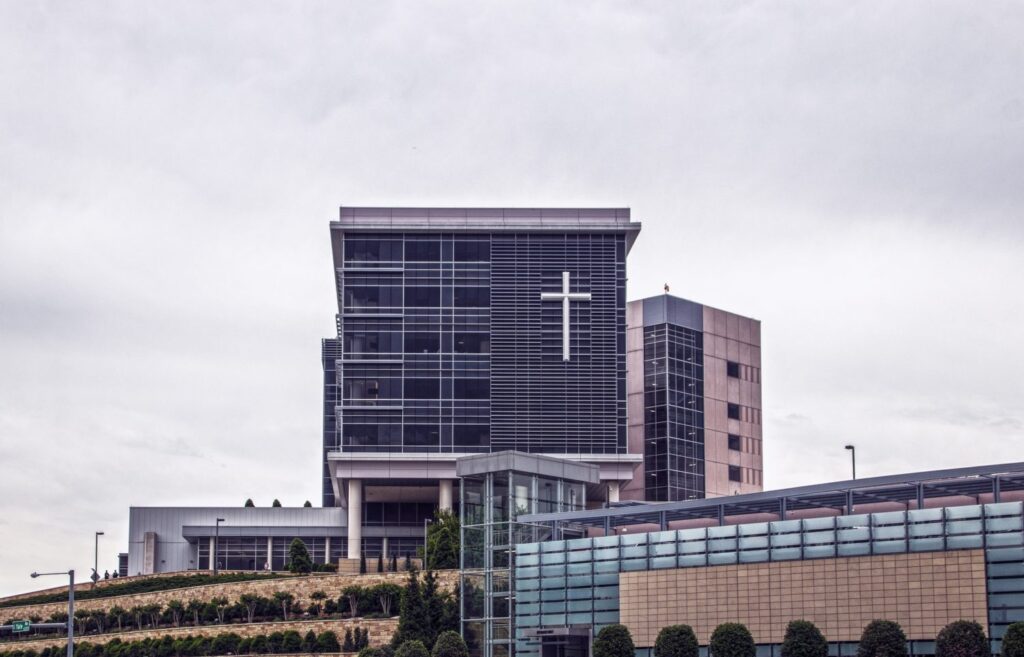 Covering COVID-19 is a daily Poynter briefing of story ideas about the coronavirus and other timely topics for journalists, written by senior faculty Al Tompkins. Sign up here to have it delivered to your inbox every weekday morning.

Police say a physician who was among the four people murdered at a Tulsa medical center Wednesday had previously treated the shooter. The American Medical Association has been warning for months that physicians and other health care workers have endured new levels of threats and violence since the pandemic. In March, the AMA warned:

(The) uptick in intimidation, threats and attacks toward people in the medical field has been on the rise for at least the last decade—and has become even more of an alarming phenomenon since the beginning of the COVID-19 pandemic.

Research confirms what our personal experiences have long told us. The World Health Organization (WHO) estimates that as many as 38% of those in our field suffer physical violence at some point in their careers, and many more are threatened with verbal aggression.

Here in the U.S., injuries caused by violent attacks against medical professionals grew by 67% from 2011 to 2018—with health care workers five times more likely to experience workplace violence than workers in all other industries, according to figures from the U.S. Bureau of Labor Statistics.

Yet another global study from 2020 found that health professionals were roughly 50% more likely than other community members to have been harassed, bullied or hurt as a result of the COVID-19 pandemic.

COVID-19-related violence against physicians has also translated to the digital world, with recent surveys indicating that at least one-quarter of reporting U.S. physicians having experienced attacks or harassment on social media on topics such as vaccines, guns, patient care, race, or religion.

Another survey found that physicians reported experiencing not just verbal abuse but death threats, including a harrowing incident specifically cited where a Black woman physician reported being threatened with rape as a result of her work in civil rights advocacy.

Other studies say the threat level is especially high for medical professionals working in particular specialties:

Death threats by patients towards doctors are not rare. Psychiatrists are especially vulnerable as are emergency medicine physicians and family doctors. One survey of psychiatrists revealed that 28% had received death threats. Doctors working in specific areas such as abortion clinics may also face particular risks.

Death threats against doctors are under-reported. It is not clear why this is the case. Physicians as a cohort may be less fearful of death than non-physicians or may be hesitant to report violence because they believe they provoked the attack. Some may feel ashamed or think it is “part of the job” to deal with violent patients.

Nature surveyed physicians and other scientists nationwide to understand the threat level. In Nature’s survey, more than two-thirds of researchers reported negative experiences as a result of their media appearances or their social media comments, and 22% had received threats of physical or sexual violence. Some scientists said that their employer had received complaints about them, or that their home address had been revealed online. Six scientists said they were physically attacked Last week, when I was flying from Canada back to the U.S., I had to get a COVID-19 test to prove I was not infected just to board a flight home. Keep in mind that once I was in the U.S., no such proof was required.

And if you want into the U.S. from Canada or Mexico and you do not want to take the test, you can just drive over the border. There is no test requirement if you travel by land. The New York Times reports:

It is not clear how many infected people are using backdoor routes to get home, which can also include flying to Mexico and using a land crossing there, because airlines do not require passengers to provide reasons for canceling or changing flights. But strong anecdotal evidence indicates that some travelers — and travel advisers — are sharing suggestions for how to avoid getting stuck.

Take a close look at your restaurant bill and you may see “fees” on your tab. You may see “inflation fees,” “kitchen appreciation fees” and “non-cash adjustments” that cover the retailer’s cost of processing your credit card.

All of these are in lieu of an outright price hike on the menu that makes your restaurant check look like your cable or cellphone bill. The Wall Street Journal says some retailers remove the surcharges if customers complain.

Trucking experts say you can expect that if you buy anything that moves via “freight” this summer, you will assuredly pay a fuel surcharge. The price is displayed for the premium unleaded gasoline available from a pump at a Shell station, Saturday, May 28, 2022, in Commerce City, Colo. (AP Photo/David Zalubowski)

For about a nanosecond in 2020, during the dark first summer of the pandemic, my wife and I found ourselves on the sales lot of an RV dealer thinking how wonderful it would be to escape to the countryside in an RV, just us and our dog. Thank goodness we snapped out of that phase without even talking with a salesman.

Imagine pouring hundreds of dollars into an RV or boat fuel tank right now.  CBS Boston checked in on what happened to the rush to go “glamping” (or glamour camping) during the pandemic:

“It certainly has an effect for those on the road, people are choosing to go to campgrounds closer to home, like southern New Hampshire, southern Maine,” Moore said.

As for boaters, some said they too will be keeping their rides on the water closer to home.

The story adds that interest in sailboats is still strong.

Barron’s found that as much as fuel prices, the inflated price of RVs themselves may be the biggest barrier to sales. And RV brokers say a lot of RV owners are about to sell their vehicles, which should drive prices down.

Coffee drinkers are celebrating a new study that seems to connect coffee drinking with a lower mortality risk. The study found:

Compared with nonconsumers, consumers of various amounts of unsweetened coffee had lower risks for all-cause mortality after adjustment for lifestyle, sociodemographic, and clinical factors.

But wait. The Times points out there are some caveats:

This is an observational study, which means the data cannot conclusively prove that coffee itself lowers the risk of dying; there may be other lifestyle factors contributing to that lower mortality risk among people who drink coffee, like a healthy diet or a consistent exercise routine.

The average amount of added sugar per cup of sweetened coffee in the study was a little more than a teaspoon — far less than what is typically added to many sugary drinks at coffee chains across the country. A tall Caramel Macchiato at Starbucks, for instance, contains 25 grams of sugar, about five times as much sugar as a sweetened cup of coffee from the study.

“All bets are off when it comes to matching this with a latte, a Frappuccino, the super mocha whipped whatever,” said Dr. Eric Goldberg, a clinical associate professor of medicine at the N.Y.U. Grossman School of Medicine. These beverages tend to be high in calories and fat, he said, potentially negating or at least blunting any benefit from the coffee itself.

After all of that — plus a lot of other studies showing the benefits of coffee drinking in moderation — scientists still do not know why it seems to help.

The World Health Organization now pegs the case count for monkeypox at 550 and growing.

The virus that was once rarely seen outside of African countries has been detected in 30 countries. The WHO has some new data about who this virus is infecting most. CNBC reports WHO Director-General Tedros Adhanom Ghebreyesu said most of the cases have been reported by men who sought care at sexual health clinics after they’ve had sex with other men and developed symptoms. Tedros said anyone can catch monkeypox through close physical contact.

The Foreign Press Association in Kenya, which covers African stories for global news outlets, condemned the widespread use of photos that news organizations have used to show monkeypox cases. The photos almost always show Black people with open sores. Worldwide, the recently confirmed cases were found in France, Germany, Belgium, Australia and the United States — not Africa. There are now 190 confirmed cases of Monkeypox in the United Kingdom, with 183 just in England.

The photos that news organizations and social media sites use are mostly archive images of monkeypox cases, such as these on the Centers for Disease Control and Prevention’s resource page. Another CDC photo that has circulated widely is a 1997 file image of what appears to be a Black man’s hands showing a monkeypox rash.

“What is the convenience of using such images to tell the world how Europe and America are reeling from the outbreak of monkeypox? Is the media in the business of ‘preserving White purity’ through ‘Black criminality or culpability’?”

This episode ties into broader grievances of questionable western media representation of Africa, a tendency to frame the continent as always diseased or battling disaster.

Are media outlets using Black people because these image providers have limited options? Kennedy Wandera, chair of the Foreign Press Association in Kenya, told Quartz that would be “a very lazy explanation.” But in that case, using microscopic images should suffice.

The pan-African weekly publication The Continent included a piece about this issue in its latest edition. Go to page 23, which says, in part:

One image that has fueled backlash is of a child in Liberia. She was four years old at the time the photograph was taken – back in 1971. That means that some of the world’s foremost news organizations are using a nearly 40-year-old image to illustrate a disease that has had multiple outbreaks in multiple countries and continents for decades. That, on its own, raises a number of questions. It is generally accepted that children cannot give informed consent to appear in photographs or video footage without the permission of a parent or guardian. This is standard practice, at least when the subjects are Western or in the West. But all too often, the standards are different when it comes to Africans.

Western media organizations understand how depictions shape perceptions. Notions of race, purity and cleanliness are inextricably linked to morality the world over. And the media reinforces racialized representations of Africans in its sourcing of images. Does Africa matter if it is not deemed worthy of the most basic journalistic standards? One reason that has been given for the perceived oversight in the selection of the monkeypox images, is that the disease is endemic in Africa and therefore the majority of images would be of Africans. That’s a fair point. (More than 70 deaths from monkeypox have been reported across five African countries in 2022) Why, then, do the people from and on the African continent who have studied and treated the disease not make up the majority of those quoted in news stories about monkeypox?

Physician Denise Dewald points out that hundreds of news and social media sites have used this image of a white guy but his sores, she says, are not monkeypox.

People posting images of white people with chickenpox, and calling it monkeypox, are not helpful.

This is chickenpox. You can tell by the varying stages of the lesions. pic.twitter.com/gLcQvOPqpy

We’ll be back Monday with a new edition of Covering COVID-19. Are you subscribed? Sign up here to get it delivered right to your inbox.