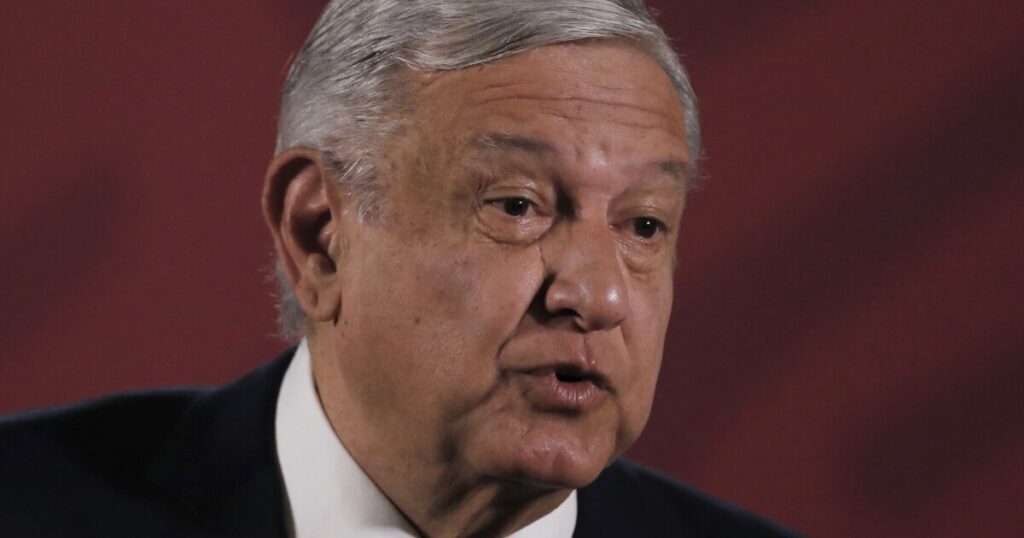 As countries across the world unite in their opposition to Russia’s unprovoked war against Ukraine, one of the United States’ closest allies and a major trade partner with Texas has so far refused to punish Russian President Vladimir Putin.

Mexican President Andres Manuel Lopez Obrador said last week the country will not issue economic sanctions on Russia despite countries around the world using the tactic to try and weaken Putin’s regime absent of military intervention.

“We are not going to take any sort of economic reprisal because we want to have good relations with all the governments in the world,” Lopez Obrador said when he made the announcement, Reuters reported.

Jorge Guajardo, a former Consul General of Mexico in Austin and former Mexican ambassador to China, said Mexico’s decision has the potential to cause a rift between it and the United States.

“What’s happening in Ukraine is so heartbreaking. To have a country be indifferent sends such a huge message,” said Guajardo in an interview with The Texas Newsroom. “So yes, it will affect Mexico and the United States.”

The Russian government hailed Mexico’s decision as a signal of the Latin American country’s commitment to its own independence.

“We note with satisfaction that the authorities of Mexico refuse to join the anti-Russian sanctions, which shows that its foreign policy is independent,” Viktor Koronelli, Russia’s ambassador to Mexico, said Saturday, according to the Russian news agency, TASS.

Guajardo said he was surprised by Mexico’s stance, noting that it probably originated within Lopez Obrador’s cabinet and was spearheaded by Mexico’s foreign secretary Marcelo Ebrard, rather than the president himself, who Guajardo noted is disinterested in most foreign policy.

Mexico did vote in favor of a United Nations resolution last week condemning the invasion and demanded a withdrawal of Russian troops in Ukraine, as well evacuating more than two dozen Ukrainians to Mexico last week. But in a statement Ebrard said Mexico’s refusal to impose economic sanctions on Russia was in line with decades of foreign policy that promotes a policy of peace and “non-intervention.”

“Mexico is not going to participate in any type of sanction other than the multilateral sanctions that the U.N. Security Council approves,” he said. “This has historically been our country’s position. There is no ambiguity; it is a historical stance, like the principle of non-intervention.”

The Mexican government doubled down on its stance by saying it would not provide Ukraine with weapons, Reuters reported Friday. “We don’t send guns anywhere. We are pacifists,” Lopez Obrador said, according to the report.

While some Latin American countries — specifically Cuba, Venezuela and Nicaragua — have had strong ties to Russia, Mexico has historically been more neutral. Besides tourism, Mexico and Russia aren’t significant trading partners, Guajardo said.

However, should Mexico keep its current position, Guajardo said there is a chance trade between the United States and Mexico could be affected. The countries abide by regulations set forth in trade pacts like the United States-Mexico-Canada Agreement, or USMCA, which took the place of the North American Free Trade Agreement.

But those pacts are so dense that there can be some trade practices put in place without dishonoring the entire agreement.

“There are all these pressure points the U.S. can use against Mexico that when there is goodwill and good relations, they don’t,” he said. “Both sides can undo a trade relationship while pretending they’re still within a free trade agreement, and that’s why you need goodwill.”

In 2021, the United States and Mexico conducted more than $660 billion in two-way trade, making Mexico the United States’ second largest trading partner behind Canada. About $243 billion of that passed through the Laredo customs district while ports in El Paso accounted for about $85 billion, with ports in Pharr, Eagle Pass and Brownsville also in the top 10. Texas’ trade relationship with Mexico provides about 1 million jobs, according to the Texas Economic Development and Tourism office.

How Mexico’s stance affects that relationship is yet to be seen, but Guajardo said it’s clear Mexico won’t be swayed.

KERA News is made possible through the generosity of our members. If you find this reporting valuable, consider making a tax-deductible gift today. Thank you.