Comparing Mexico and Indonesia as Manufacturing Hubs for US Investors 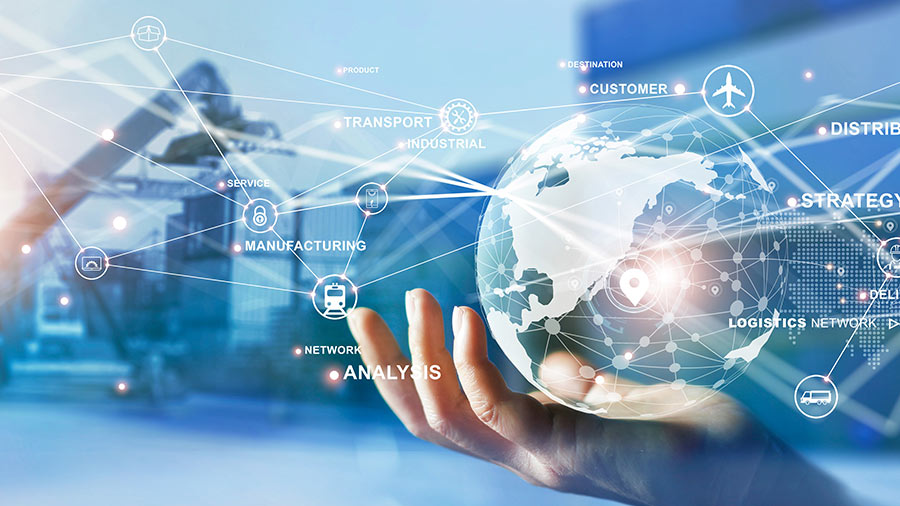 With the trade war between the US and China showing no signs of abating, Indonesia and Mexico are becoming increasingly important to US businesses engaging in manufacturing operations. Both countries represent good investment destinations for companies with a China footprint seeking to diversify their supply chains. In this article, we briefly compare the economic and business environment in Mexico and Indonesia and discuss their prospects for offshoring.

Mexico and Indonesia are both vying for foreign direct investment and have become regional manufacturing hubs. The two countries have been touted as alternatives for US companies with manufacturing operations in China amid an ongoing trade war between Washington and Beijing.

Mexico benefits from a free trade agreement (FTA) with the US, while its manufacturing industries are already familiar with the US market.

A quick comparison of the two countries can be found below.

Comparison between Mexico and Indonesia

Mexico is one of the top 15 countries by manufacturing output and offers similar direct labor costs to those found in China. It has gradually become a hub for US offshoring since the 1990s, benefitting from the North American Free Trade Agreement (NAFTA), implemented in 1994, and geographic proximity to the US market. NAFTA was subsequently completely replaced by the United States-Mexico-Canada Agreement (USMCA), which took effect on July 1, 2020.

Overall, Mexico’s proximity to the US, familiarity with American brands, and trade incentives has facilitated significant reduction in logistics costs and the ability to incorporate just-in-time manufacturing practices into the supply chain. However, while these factors make Mexico an attractive base for North American markets, they do not appeal to companies serving ASEAN and European markets.

Mexico has a highly skilled labor force, with over 2.3 million people working in manufacturing. Some of the most common manufacturing industries in Mexico include high-tech sectors, such as automotive, electronics, aerospace, and medical device, as well as clothing & apparel and other contract manufacturing.

US companies electing to undertake manufacturing operations in Mexico may also benefit from a longer working week. The Mexican working week is 16 percent longer than that in the US at 48 hours. Wage costs are, according to global consultancy KPMG, cheaper than China. The average hourly wage in Mexico for an entry level assembler is US$3.50.

Mexican governments have introduced several incentive programs to make the country a more attractive destination for manufacturing operations. Companies manufacturing in Mexico can benefit from the IMMEX Program (formerly known as the Maquiladora Program/Industry). The scheme allows foreign manufacturers to import raw materials and components into Mexico, tax and duty free, under the condition that 100 percent of all finished goods will be exported out of Mexico within a state-mandated time frame. Companies operating under the scheme also benefit from the streamlining of supply chains, including shipment security, reduced inspections, access to exclusive FAST lanes at the border, and reduced shipment times.

Ease of establishing a company

The process of establishing a company in Mexico takes between two and three weeks, if all bureaucratic processes are duly planned and executed. Once the process has been completed, the company is ready to open bank accounts, execute contracts, and carry out operations. Incorporated companies can have any business purpose without the need of authorization or a permit, although some industries are an exception to this rule, such as oil and gas.

Mexico ranks 60 out of 190 world economies for ease of doing business. However, its ranking for ease of starting a new business is even lower, ranking 107 out of 190 economies. Registering property and gaining permits are considered more complicated than in other parts of the world.

Mexico is linked to the US by road and rail. It has the most extensive highway network in Latin America, reaching all parts of the country.

The federal government and the private sector have together prepared a third infrastructure package to boost Mexico’s construction sector and develop its southeastern region – roads, rails, ports, and airports. This was announced in April. The infrastructure plan will channel investments worth US$3.53 billion to boost the country’s economic recovery.

Previous infrastructure packages, necessitated by the pandemic outbreak, were launched in 2020 and included 68 projects funded by private investment worth US$26.4 billion.

Further, in May, the infrastructure, communications, and transport ministry announced that Mexico’s public and private sectors would invest at least US$38.6 billion in road and rail infrastructure development and modernization in 2022.

Indonesia’s manufacturing capacity has been growing rapidly and represents an attractive proposition for US businesses looking to move their manufacturing operations out of China. While further from the US and North American market, Indonesia offers access to its huge domestic market, as well as the fast-growing ASEAN market.

The Indonesian government officially launched the roadmap for “Making Indonesia 4.0” in 2018 as part of an effort to drive economic growth – the term refers to the fourth industrial revolution in manufacturing and industry. The roadmap involves digital technology, biology, and hardware automation, but focuses on core manufacturing industries – such as textiles and garments, food and beverage, electronics, automotive, and chemicals.

The Indonesian government provides an array of incentives to attract foreign investment into the country.

In 2021, the government introduced the Positive Investment List under Presidential Regulation 10 of 202 (PR 10/2021) as part of the Omnibus Law, touted as Indonesia’s biggest attempt at bureaucratic reforms since independence.

The government has classified business fields into four categories.

Businesses in priority sectors can avail a number of incentives.

The general principle under PR 10/2021 is the liberalization of business fields to foreign investors (open to 100 percent foreign investment) unless the sector is subject to limitations.

Examples of non-fiscal incentives are the provision of supporting infrastructure, simplified business licensing procedures, and the guaranteed energy supply or raw materials.

In addition, Indonesia offers incentives through its special economic zones. The country has  19 special economic zones (SEZs) spread from the west to the east. These zones were created to attract foreign investment, boost industrial activity, and promote job creation. SEZs offer administrative incentives, including easier licensing processes and tax concessions in addition to being better connected than other parts of the country.

Both business entities and businesspersons are eligible for the following CIT holidays.

Taxpayers that do invest the 100 billion rupiah (US$7 million) can receive further incentives in the form of CIT allowances. These are:

Further, import duties and excise duties are exempted on capital goods used for construction in SEZs, the entry of raw materials, and for the entry of goods to be sold in shops and shopping centers located in SEZs.

Ease of establishing a company

Indonesia has strived over the last two years to ease the corporate establishment process for foreign investors.

Under the Omnibus Law, the Indonesian government introduced a new risk-based business licensing regime aimed at making the business licensing process more efficient. Business activities are now based on the assessment of ‘business risk level’ determined by the scale of hazards a business can potentially create.

This will comprise of:

Based on the aforementioned risk analysis, the businesses activities undertaken by the applicant company will be classified into one of the following risk-level types:

The government will undertake the risk-analysis for business activities in the following sectors:

Businesses classified as medium-high risk will also need a business registration number and a Certificate of Standards. However, the certificate will need to be verified by the central or regional government. Lastly, high-risk businesses require a business registration number and business license to operate. The license will be issued once the business has fulfilled certain conditions set out by the central or regional government.

President Joko Widodo has labelled himself as the “infrastructure president.” When he won his second term, he announced a slew of infrastructure projects worth US$400 billion, which comprises of 25 new airports, over 2,000km of new highways, more than 3,000km of new rail network, and upgrading utilities, irrigation, and transportation, among others. Upgrading Indonesia’s infrastructure is vital to reduce logistic costs and make the country competitive among its ASEAN peers.

Currently, logistics costs count for 26 percent of GDP — the highest in ASEAN — with the government targeting to reduce this to 17 percent by 2024.

Internet infrastructure has also been high on the government’s agenda. In 2020, the Palapa Ring project was completed. At a cost of US$1.5 billion, the project aims to provide 4G internet access across the archipelago. This was achieved through 35,000km of fiber optic undersea cables and some 21,000km of land cables, stretching from the westernmost city in Indonesia, Sabang, to the easternmost town, Merauke.

Further, the government is encouraging infrastructure investment in the development of its new capital city, which will require some US$35 billion to complete.

ASEAN Briefing is produced by Dezan Shira & Associates. The firm assists foreign investors throughout Asia and maintains offices throughout ASEAN, including in Singapore, Hanoi, Ho Chi Minh City, and Da Nang in Vietnam, Munich, and Esen in Germany, Boston, and Salt Lake City in the United States, Milan, Conegliano, and Udine in Italy, in addition to Jakarta, and Batam in Indonesia. We also have partner firms in Malaysia, Bangladesh, the Philippines, and Thailand as well as our practices in China and India. Please contact us at asia@dezshira.com or visit our website at www.dezshira.com.