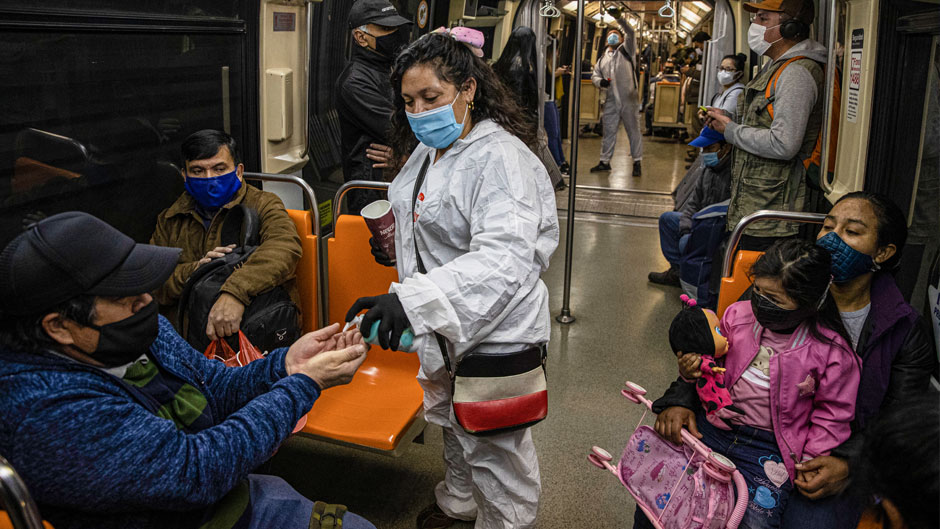 During a virtual dialogue held Thursday, panelists of the “Leading Women in Global Health: Equity and Health” forum focused on how the ongoing pandemic has impacted women in Latin America.


What are the challenges and opportunities that women in Latin America face during and after the pandemic? How can those societies change to address some of the pressing issues that affect women in particular?

Felicia Knaul, an international health economist and director of the institute, welcomed the participants by pointing out that they are untiring defenders of women’s health who would impart their knowledge and experience on gender leadership and gender health inequities with a particular focus on the effects of the pandemic.

Gabriela Ramos, assistant director general for social and human services of UNESCO, opened the session. She shared that when the Generation Equality Forum meets in Mexico next week, the pandemic will be a major topic.

“Esta pandemia tiene cara de mujer” (this pandemic has a woman’s face), Ramos said. Because women have borne the heaviest burdens in health, in the economy, and having to deal with the highest cost of schooling children at home, she stated.

In addition, many women have had to face the increase of domestic violence during the pandemic, she said. “It is really troubling, and we must put the theme of health as a top theme in the forum.”

Ramos also said that the issue of helping women achieve leadership positions within the business and public work sectors was also important.

Knaul said that the violence against women and girls was a pandemic that would continue unless there was a focus on developing public awareness, changes in norms and behaviors, and the enlisting of leaders—including men—willing to defend the rights of women.

One out of every three women in the world is affected by domestic violence, according to the World Health Organization, she said.

“The cost of not acting is enormous,” said Knaul, who is co-chair of the Lancet Commission on Gender-based Violence and Maltreatment of Young People.

“What can our women offer to the global movement of violence against women and which programs work?” Knaul asked the group.

“This problem must be approached from different areas,” said Helia Molina, former minister of health in Chile and professor at the University of Santiago Faculty of Medical Sciences.

She said that in Chile there was a very strong social movement defending women’s rights and that she believed keeping the issue of women’s rights in the forefront of the public consciousness was important.

Molina also noted that the Latin American region must accept that there are cultural patterns that differentiate it from other regions. So, learning what other regions were doing to combat gender violence was critical.

Providing women’s shelters and personal help to victims was important, she added.

Beatriz Londoño, former minister of health in Colombia and steering technical director of the Interamerican-Health Task Force, said that “violence is learned from an early age.” So, it is critical for children (both girls and boys) to be systematically educated at home and in schools to respect and value women.

Public institutions must also make it easier for women to access legal protections when they have been the victims of abuse, she said.

When talking about inequity of labor and income for women as compared to men, Knaul indicated that women make up the greater number of caretakers both at home and in the health sectors.

But women who are homemakers are not paid and not recognized, she said. Previous estimates show that women’s paid and unpaid contributions to the health sector amounted to 5 percent of global GDP, Knaul pointed out. With updated methodology accounting for discrimination, preliminary estimates suggest the figure will increase by 2-3 percentage points.

This gender disparity has become more relevant as many women have been forced to stay at home during the pandemic to care for children or other relatives.

“What must we do to achieve a balance in the responsibilities at home and to access employment?” Knaul asked the panelists.

Maki Esther Ortiz, municipal president of Reynosa, Tamaulipas, in Mexico and former undersecretary of the Ministry of Health in the country, said that in her homeland work that is not remunerated represents 5.6 million pesos, or 16.8 percent of the country’s GDP.

“Of course, the ones that bear the burden are women,” Ortiz remarked. “Not only do women not get paid but that means not having those taxes flow into municipal budgets so that there could be more services to help women.”

The pandemic has worsened this because the majority of those who lost jobs during the pandemic were women, she said.

Ortiz stated that the government must establish public policies to address this issue. Children and the disabled should have access to scholarships so they can easily access education. She also said that informational programs to empower families and decrease the machismo culture that undervalues women’s work were a must in every municipality.

“There is a lot of work to do in this regard,” said Ortiz. ”But we must work hard on this issue.”