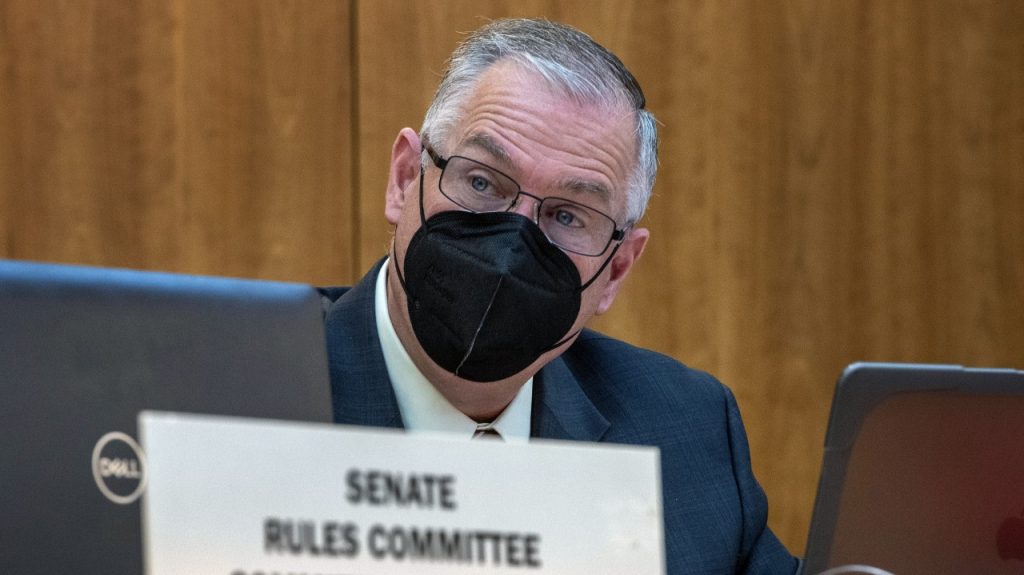 SANTA FE – A lobbyist on Tuesday accused state Sen. Daniel Ivey-Soto – an Albuquerque Democrat and powerful committee chairman – of improperly touching her in 2015 and of sexual harassment and abusive behavior this year as she sought support for a voting rights bill before his committee.

Ivey-Soto, in response, vigorously denied the allegations and said they left him “completely befuddled.”

The accusations are outlined in an open letter by lobbyist Marianna Anaya, whose clients include the left-leaning Center for Civic Policy and ProgressNow New Mexico.

She called on Ivey-Soto to resign and said she was filing a complaint under the Legislature’s anti-harassment policy.

Ivey-Soto, she said, groped and pinched her in 2015 when she was a young congressional staffer at a reception – an incident she said she confronted him about during this year’s session.

But inappropriate behavior continued, Anaya said, as she met with Ivey-Soto while lobbying in favor of a voting rights bill heard by his Senate Rules Committee.

The senator, she said, drank and pressured her to drink in a meeting at his office Jan. 18 and he later – at a restaurant – whispered for her to “come closer” as they sat in a booth. Ivey-Soto said he’d been drinking since the afternoon, she said, and when she tried to change the subject to a home renovation project, he asked her a sexualized question about what she’d been wearing.

Ivey-Soto yelled at her at the restaurant, she said, and during a later encounter in the halls of the Roundhouse.

“I am sickened by your behavior,” Anaya said in the letter. “For years, so many women have remained silent and carried unjust burdens because we were made to believe that silence and acceptance were a prerequisite to advocating on behalf of the causes we hold dear.”

In an interview, Ivey-Soto denied the allegations and said he has championed legislation to help victims of domestic violence and stalking.

He said he never groped Anaya, didn’t whisper to her at the restaurant and never asked her what she was wearing.

Anaya is a “lesbian,” Ivey-Soto said, and he made no advances on her.

“There’s nothing sexual between her and I,” he said.

Furthermore, he said, he didn’t yell at her or engage in abusive behavior. He said he was simply out of breath once while climbing the stairs and upset about a tweet written by someone else criticizing his handling of the voting bill.

“I’m completely befuddled by this,” Ivey-Soto said of the allegations.

He added: “I’m very sorry this is the experience she feels like she’s had.”

Levi Monagle, an attorney for Anaya, said Ivey-Soto’s reference to her sexual orientation is gratuitous but underscores that his advances were unwelcome.

“It is entirely possible and entirely common for vulnerable individuals to experience sexual harassment that flies in the face of their sexual orientation,” Monagle said, “and that is what happened in this case.”

Monagle said Tuesday afternoon that Anaya’s formal complaint had already been submitted to the Legislative Council Service, the administrative arm of the Legislature.

It’s difficult, he said, for Anaya or any other victim of sexual harassment to come forward given that their professional success depends so heavily on sitting lawmakers.

“Legislators hold all the keys, and everyone knows it,” he said.

Ivey-Soto, a lawyer, said the allegations against him aren’t things he would ever do.

But “this is why we have a process,” he said.

Any complaint filed under the anti-harassment policy would go before three top Senate leaders. If the complaint isn’t resolved informally, they would consult with an attorney and determine whether to investigate further.

Other allegations of sexual misconduct have surfaced against current and former New Mexico lawmakers in recent years – including at least one accusation of a then-lawmaker seeking sex in exchange for a vote during the 2009 session.

A legislative subcommittee found probable cause to move the case against Trujillo forward, but the charges against him were ultimately dismissed after the woman decided not to testify before a House ethics subcommittee.

Trujillo, a Democrat from Nambe, was defeated in the 2018 primary election but brushed off calls to resign.

Meanwhile, some Roundhouse insiders have said female lobbyists, in particular, are frequent targets for harassment.

Top-ranking lawmakers adopted a revised anti-harassment policy before the start of the 2018 session, the first revision since 2008.

The allegations against Ivey-Soto come after a combative 30-day session in which a voting rights bill backed by Anaya and Democratic leaders died in the final hours of the session, blocked by a Republican filibuster in the Senate.

The bill was the subject of hours of hearings in the Senate Rules Committee and debated in multiple meetings – a delay supporters said contributed to its ultimate demise.

Ivey-Soto said he handled the bill fairly and went out of his way to advance the bill even as he endured a health issue. He supported the bill after substantial amendments.

Ivey-Soto confirmed that he and Anaya had talked at the Roundhouse about her allegation that he had groped and pinched her in 2015.

He said someone else might have brushed against her – among other potential explanations – but that he never touched her buttocks, as alleged.

“I don’t remember that reception,” Ivey-Soto said, “but that is not something I do. … I don’t just reach out and grab people’s body parts like that.”

Ivey-Soto is an influential, prominent voice at the Legislature, especially on election legislation.

In 2021, some lawmakers accused him of bullying and misogyny after he sharply questioned Senate President Pro Tem Mimi Stewart, a fellow Albuquerque Democrat.

Ivey-Soto told his colleagues at the time that he was passionate about the topic under debate but did not intend to be abusive. “If my passion came out as anger, I apologize,” Ivey-Soto said.

Emerge New Mexico – a group that trains Democratic women interested in seeking public office – called on Ivey-Soto and another male senator to resign after the 2021 session.

Anaya is on the board of Emerge. In Tuesday’s letter, she said Ivey-Soto chastised her for her role in seeking his resignation last year when they met this session.

Ivey-Soto, by contrast, said he treated Anaya with respect this year – and accepted meetings with her – despite Emerge’s call for his resignation.

Dan Boyd of the Journal Capitol Bureau contributed to this article.