Help kids fight the “Selfie Effect” and build self-esteem instead 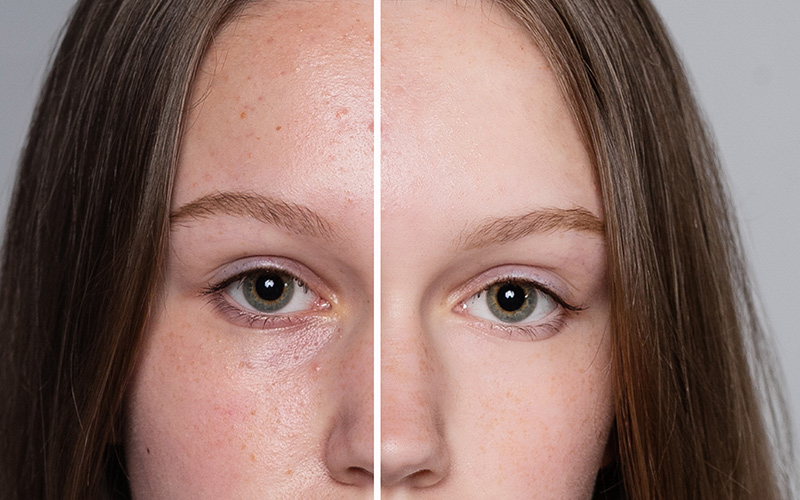 It may be hard to imagine now, but there was a time not too long ago when social media didn’t exist and we didn’t have cameras on our phones. But today, some of the most widely used social media platforms influence not only how we communicate with the world, but how we think the world sees us. Herein lies the concern for parents and mental health professionals alike.

“There’s been a lot in the news recently around social media apps and their effects on body image — particularly for teenage girls,” says Boston Children’s Hospital child psychologist Keneisha Sinclair-McBride. “There’s evidence that selfies, filters, and Photoshop can cause body image concerns and body dysmorphia.”

Body dysmorphia is a clinically recognized mental health disorder in which a person is excessively preoccupied with one or more self-perceived defects or flaws in their appearance, even though the “flaw” isn’t seen by others.

What makes body dysmorphia different from other self-esteem concerns, says Sinclair-McBride, is its effect on someone’s ability to function in their everyday life. This means that their fixation on appearance causes the child or teen to stop eating or sleeping, not complete school or work assignments, and withdraw from peers or loved ones.

“I think what we are seeing in a lot of teens is general body dissatisfaction as opposed to the more clinically serious body dysmorphia,” she points out.

That said, she still sees significant cause for concern about the effects of social media on young people.

Here’s what she suggests to help kids protect themselves.

The reality of virtual reality

“Everyone has spent so much time in the virtual space recently that altered, curated social media feeds have become the way many kids have gotten used to seeing friends and family,” Sinclair-McBride says.

“There’s evidence that supports the observation that while kids are good at noticing filters and Photoshop and such, they don’t necessarily understand exactly how they work,” she adds. “So there’s a hard-to-define disconnect between the acknowledgment that filters and photo-augmentation exist and the understanding of how people (especially celebrities and popular social media stars) use these tools to change how they look online.”

Very often, young people don’t realize that social media is manipulating how they see themselves, Sinclair-McBride says. But helping them recognize this presents an opportunity for empowerment.

“Kids — especially teenagers — don’t like the idea that they’re being tricked or influenced,” Sinclair-McBride says. She encourages parents to harness this pursuit for control to help young people see that a lot of what drives many businesses is making consumers feel like need to buy specific products to look or be better.

“Once kids see that they’re being made to feel bad about themselves, they’re likely to respond by thinking, ‘I can see through this scheme. I can make my own decisions about who I want to be,’” Sinclair McBride says.

To help with this revolt against phone-infused self-criticism, Sinclair-McBride has simple reminders:

“I remind patients all the time that if Snapchat has filters that can make you look like a baby or a dog, don’t you think it can also just-so-slightly alter the way a face looks? Perfect faces and bodies aren’t reality.”

Sinclair-McBride adds that for every social media account that promotes — either overtly or subtly — disordered eating or cosmetic changes, there are communities out there promoting self-love.

“There are so many social media accounts and virtual communities about body positivity. Finding just a few of them can change the algorithm of a child’s social feed. Over time that can positively impact the images they see daily.”

Good enough as we are

Above all, Sinclair-McBride urges parents to reinforce just how unique and powerful their children already are.

“It’s so important that we help young people be grateful for all the things their bodies can do and will do in the future. They are so much more than what they look like.”

Learn more about the Department of Psychiatry and Behavioral Sciences and how they treat diseases and disorders that affect the emotional, behavioral, and social health of children and young adults.