Avocados From Mexico No More: The Surprising Vulnerability Of Cross-Border Trade 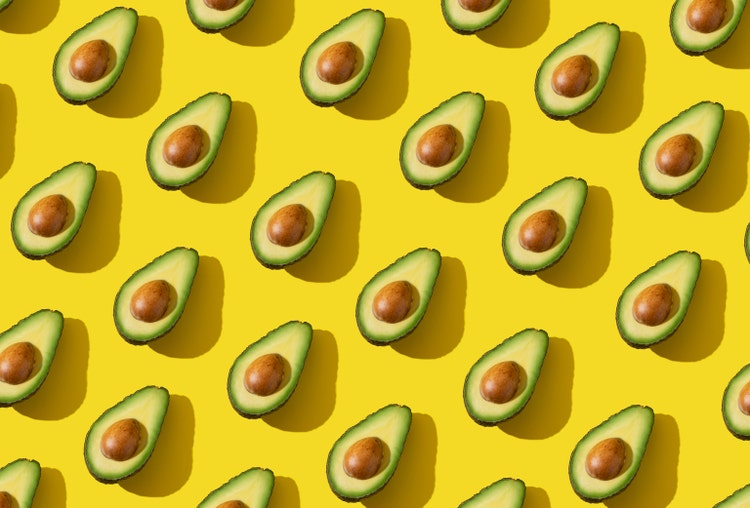 Super Bowl LVI Sunday just came, and with it came the perennial Avocados From Mexico advertisement. The Avocados From Mexico group focuses on marketing Mexican avocados to the American market, but at the same time, as their most famous ad of the year was running, all cross-border trade in avocados with the United States had been halted. The result may be more expensive guac across the nation.

One Call, That’s All

…or so say the dozens of lawyers on billboards across this country. But it really only took one call. The United States government decided to halt all avocado inspections in Mexico because one of its inspectors, with the Animal and Plant Health Inspection Service (APHIS), received a threatening phone call. The Mexican Agriculture Ministry said that one of APHIS’ inspectors in the city of Uruapan, Michoacán received the call. All we know is that a “verbal threat” was made against an APHIS employee.

Mexico’s avocado-growing regions are known for gang wars over territory, which makes the threat all the more concerning for US officials, and the cartels have been known to extort farmers in the past. The import of Mexican avocados is not set to resume on any timetable; only when the US feels its inspectors are safe, which could be days or weeks, or even months. Considering Mexico is the largest avocado producer in the world, with 30% of global production, and 80% of those avocados are imported to the United States, this suspension will have severe negative impacts on the Mexican growers. On the US end, around 80% of the US avocado supply comes from Mexico, so the increase in prices should come swiftly as inventories run out and companies rush for alternative sources.

This trade suspension is a mixed bag for avocado importers and growers, as we should see prices rise, but that rise remains dependent on their Mexican supply of avocados being cut. Companies like Calavo Growers, Inc. (CVGW), Fresh Del Monte Produce Inc (FDP), Hormel Foods Corporation (HRL), and Mission Produce, Inc. (AVO) will be reassessing their existing stocks and potentially redirecting produce from other regions such as California and Chile. As we saw during the last great avocado shortage of 2019, the supply shortage hit retailers and restaurants, driving up the cost of guacamole and avocado-including meals to consumers at Chipotle (NYSE:CMG), Taco Bell (YUM), Pollo Tropical (FRGI), El Pollo Loco (LOCO), and Del Taco (TACO).

Notably, this situation is different from the 2017 administrative decision to accept or reject certain regions’ avocados. The United States has halted all new inspections of Mexican avocados until further notice when the safety of APHIS inspectors can be guaranteed-though avocados already inspected will be allowed to be imported. In the throes of a global pandemic and amidst widespread supply chain chaos; with our ports clogged, railroads booked up, and even truck beds in short supply; we might not want another layer of vulnerability brought to our attention.

Unfortunately, this situation in Mexico is just that: a shocking reminder of the ease with which trade flows can stop. Organized crime in Mexico has remained a persistent problem for Mexican stability for decades, despite a concerted effort by the United States and Mexican governments. The fact that a phone call, presumably from a cartel member, can shut down all cross-border trade across an entire industry, trade worth in excess of $2.5 billion per year, should be cause for some concern. It’s a stark reminder that even though the United States’ cities are no longer controlled by mob bosses and crime syndicates, globally organized crime remains a threat to businesses. With increasing globalization, the problem of organized crime abroad can have stark repercussions for the United States’ economy.

Even with Mexico alone, the country became the US’ largest trade partner in 2019 and was barely edged out in 2021 by Canada, though Mexico still accounts for 14.4% of all international trade to and from the US totaling over $661 billion. A large portion of that trade consists of agricultural or automotive products.

On A Related Note: Canada

With Canada edging out Mexico to become the US’ number one trade partner in 2021, and the topic of supply chain vulnerabilities at hand, perhaps we ought to add at least a short note about the trucker protests and the Ambassador Bridge. Though no longer the largest land border crossing in the United States by trade volume-that honor resides with Loredo-the Ambassador Bridge represents 20% of all US-Canada trade. And that was all shut down by a group of truckers protesting Covid-19 vaccine mandates. Most notably, Detroit’s automobile manufacturers-Ford (F), General Motors (GM), Toyota (TM), and Honda (HMC)-are largely dependent on trade across that bridge, to the tune of $140 million per day in parts, for their daily operations and had to temporarily cut production as a result of the protests.

Similar to the port congestion we have been facing in Los Angeles and Long Beach (where the vast majority of US imports arrive), trade being shut down over land for unrelated reasons outside of US control is a reminder that there are external risks to outsourcing our supply chains. These events are admittedly infrequent and unpredictable, and thus do not mean that onshoring is needed across the board. In the case of the halt on avocado imports, companies with diversified supply chains may actually benefit from selling their product at a higher cost, while those who rely on Mexican avocados will take a hit. At the Ambassador Bridge, protests shut trade and caused a production slowdown, but companies were able to get their factories back up through temporary alternative suppliers. What this means is that perhaps companies (and investors similarly) ought to look for more diversified and redundant supply chains for resilience, just in case a threat shuts down all imports of your product from a given country or protests close your port.