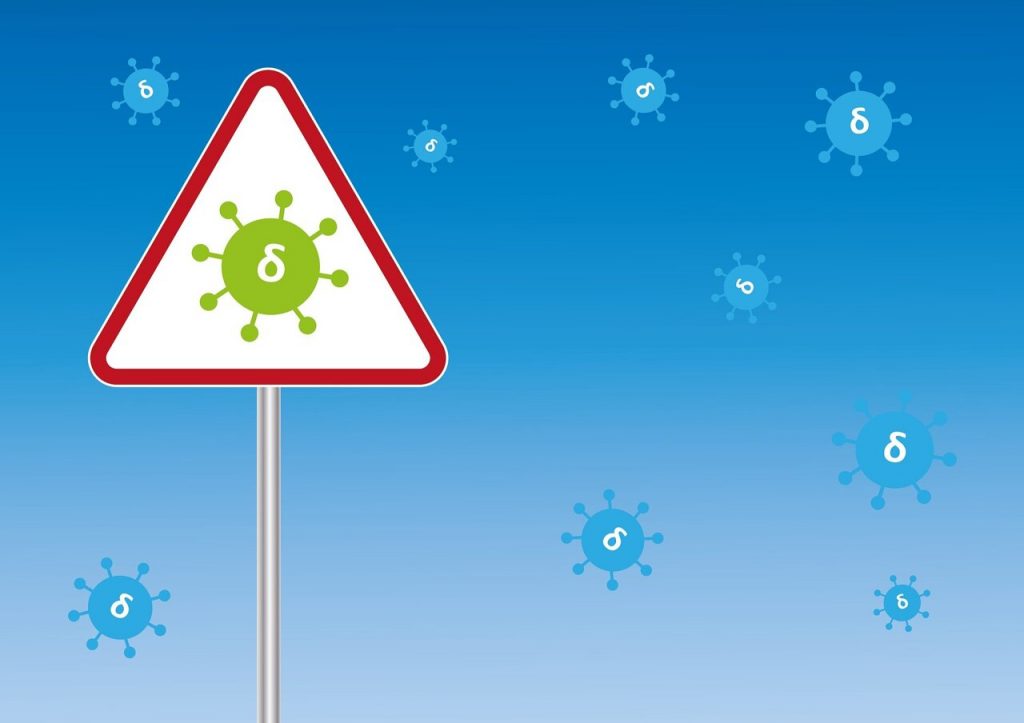 When Diego started going out again to meet friends he never expected to be among a growing number of young Mexicans hospitalized by a highly contagious COVID-19 variant driving another wave of infections.

“I let my guard down thinking that I wasn’t going to catch it, but in the end I did,” the 20-year-old student told AFP at a private clinic in a suburb north of Mexico City.

“This is no joke. It’s a pretty cruel disease,” said Diego, who did not want to give his full name.

He is one of 16 coronavirus patients being treated in the same hospital in Coacalco.

Unlike during the first two waves of the pandemic, most of the sick are in their 20s and 30s.

Mexico’s official COVID-19 death toll of more than 244,000 is the fourth highest in the world, and the actual figure is believed to be significantly higher.

The government says that is partly a reflection of the country’s large population, but is also due to the prevalence of underlying health problems, including obesity, hypertension and diabetes.

The country has registered nearly three million confirmed cases since the pandemic began, of which around 138,000 are active.

Experts say the latest wave of infections is due to the arrival of the Delta variant of the virus, as well as reduced social distancing, particularly among younger Mexicans.

The Mexico City authorities on Friday ruled out imposing any new lockdown measures, despite the health ministry raising the capital’s alert status to the highest level.

“Right now it seems that neither the government nor anyone is interested in making people stay at home again,” said Jesus Victoria, the head of nursing at the hospital in Coacalco.

Although people aged between 18 and 29 began to be vaccinated in late July, it was too late for some of the patients at the clinic, he said.

“We’ve been able to discharge most of them, but we have also had many deaths of young people,” Victoria said.

“I don’t know if as a society we are failing, if the government is failing. Shopping centers are open, cinemas, sports centers. It complicates things,” he added.

Thanks to vaccinations, hospitalizations remain far below a peak seen in January when occupancy rose above 90 percent.

Now around half of general beds and 58 percent of those equipped with ventilators are available, according to the government.

Almost 50 million people in the country of 126 million have received at least one dose of a coronavirus vaccine, and 27 million of them are fully vaccinated, the health ministry says.

Hector Lopez, a 26-year-old computer programmer who is also hospitalized for COVID-19, said that in hindsight his family was not careful enough.

“Usually I don’t go out. The problem is that my relatives do,” he said.

“I had been taking care of myself. I hadn’t gone out unless it was necessary,” he added, as machines monitored his vital signs.

Lopez, who is expected to be discharged soon, said he had seen on social media that friends were going out more, despite the risks.

“It was very easy to see that they were in a bar or at a party as if nothing was happening,” he said.

Mayra Jimenez, another patient, believes the Delta variant is so infectious that anyone who has avoided catching it without taking extra care is very lucky.

“We didn’t go to parties or gatherings,” said the 39-year-old, who is using a medical device to help her lungs recover.

“Fortunately I came through it okay, but there are people who are in a really bad way,” she said.