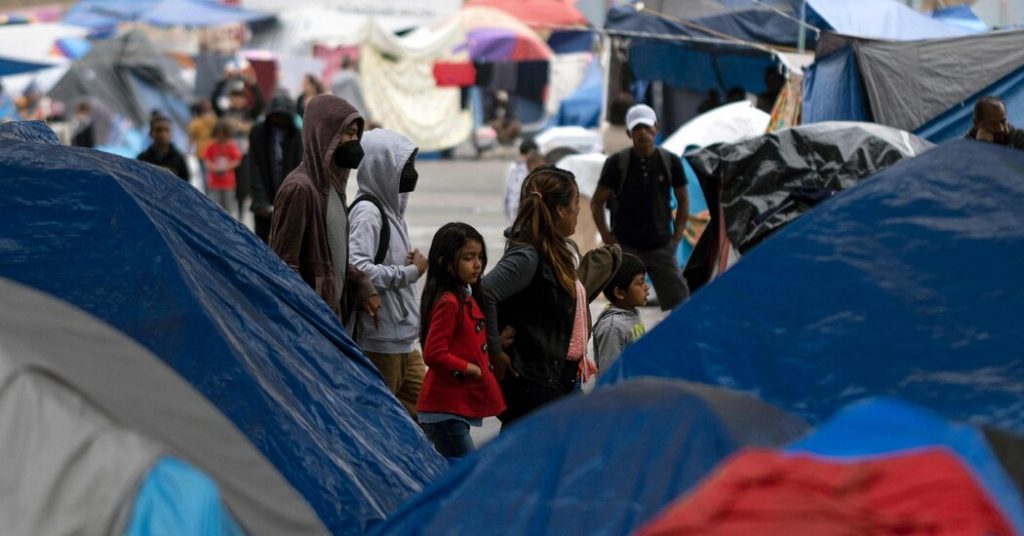 Xavier Becerra, the secretary of health and human services, told reporters Monday that the administration was reviewing the border rule, but offered no timeline for lifting it.

The administration is working to “address the various missions we have of protecting the public against further contraction of Covid, making sure that we enforce our immigration and border enforcement laws as best possible,” Mr. Becerra said.

But critics say the rule’s effect on vulnerable migrant families cannot be ignored.

In Monday’s complaint to members of Congress, Scott Allen and Pamela McPherson, who consult as “subject-matter experts” for the Department of Homeland Security’s Office for Civil Rights and Civil Liberties, said officials at the Centers for Disease Control and Prevention had found no legitimate basis for the rule when it was implemented in March 2020, citing a report by The Associated Press.

“There is even less of a public health justification now, when, more than a year later, arriving asylum seekers could be easily screened and tested, and currently those over 16 vaccinated, in a way that protects the public health,” the doctors wrote in the complaint, which was obtained by The New York Times.

A spokesman for the C.D.C. did not answer questions about the timeline for lifting the pandemic rule.

The complaint was based on the doctors’ previous work with the Department of Homeland Security. The doctors, who have made previous complaints against the Trump administration’s detention policies, also called for the federal government to end the detention of migrant minors and families, saying it causes trauma, suicidal behaviors and chronic medical diseases.

“While the current number of children in border facilities is dramatically lower, hundreds of children remain in detention at the border” and in federal custody, the doctors wrote in the complaint. “This is hundreds too many, as we know that those already released, and those who remain, will suffer the known, harmful effects of detention.”