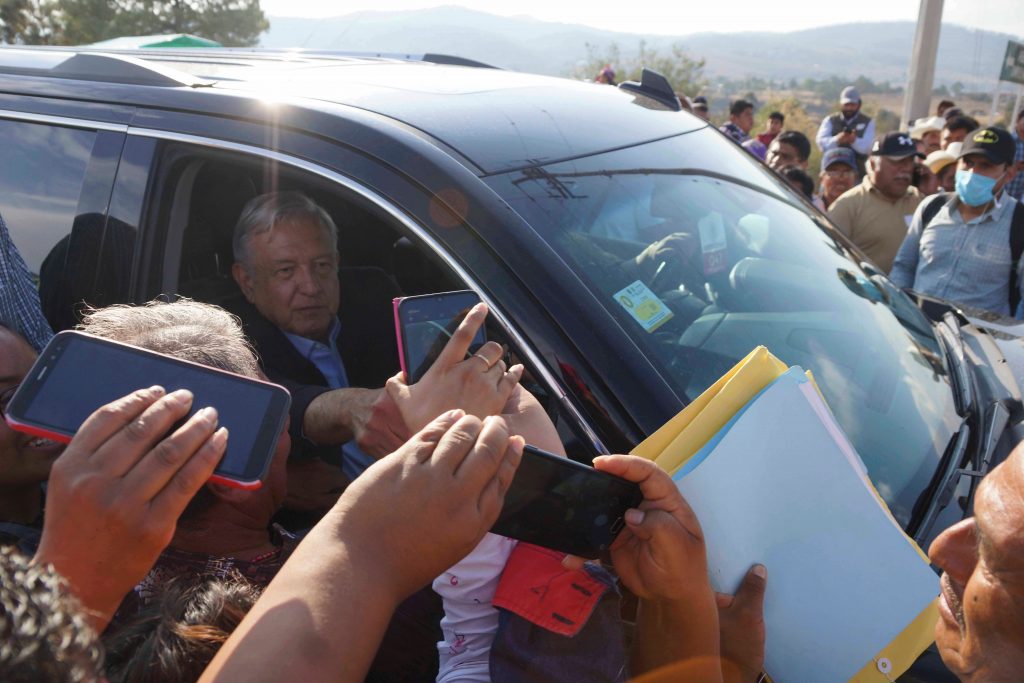 To date, Mexico has 475 confirmed cases of coronavirus and 6 deaths. Despite the rapidly expanding spread of the virus in the country, President López Obrador refuses to follow public health advice and is failing to provide accurate information to the public about the severity of the problem. He has directly contradicted the recommendations of health authorities, encouraging Mexicans to continue going out in public while health officials ask Mexicans to stay at home. He has also continued to hold rallies and attend events across the country, hugging, kissing, and shaking hands with supporters despite recommendations to avoid crowds and close contact.

“President López Obrador’s behavior in the face of the COVID-19 crisis is a profoundly dangerous example that threatens Mexicans’ health,” said José Miguel Vivanco, Americas director at Human Rights Watch. “He has shown outrageous unwillingness to provide accurate and evidence-based information about the risks of a virus that has already killed thousands of people worldwide. He needs to take this issue seriously for the sake of the health and lives of the Mexican people.”

At the end of February 2020, when the Mexican government confirmed the first case of COVID-19, and the danger of the virus was already well understood, President López Obrador blatantly misinformed the Mexican public, saying “According to the information available, it is not terrible or fatal. It is not even as bad as the flu.”

The following week, when health officials had begun warning Mexicans to take precautions to protect against the virus, President López Obrador directly contradicted them, saying “there are those who say we should stop hugging because of coronavirus. But we should hug. Nothing will happen.”

As recently as Monday, when many state and local governments had begun implementing measures closing public gathering places like bars, restaurants, and cinemas, and urging residents to remain at home when possible, President López Obrador tweeted a video encouraging Mexicans to go out to restaurants, saying “If you have the means to do it, continue taking your family out to restaurants and diners. That’s what will strengthen the economy.”

As a result of President López Obrador’s leadership, the Mexican federal government has been slow to take action or make appropriate recommendations to detect or prevent the spread of the virus. Last week, workers at the National Institute of Respiratory Illnesses, the government body responsible for coronavirus testing and treatment, protested the “lack of protocols” for dealing with the virus stating: “the Secretary of Health arrived late to the coronavirus party.” Meanwhile, doctors say that the government’s refusal to acknowledge that the virus had begun spreading domestically in recent weeks has limited access to testing and made it impossible to know the true number of cases, which is almost certainly much higher than the official statistic.

When questioned about his actions or about the concerns of doctors or other health workers, President López Obrador has lashed out defensively, saying that journalists are “taking advantage of the coronavirus” to “distort, alarm, and question the government” in support of the opposition and that “the conservatives would like us to get infected … so that they could blame us for everything.”

Mexican nongovernmental organizations and activists have obtained three court rulings in the past week, finding that the government has failed to take basic action to detect or respond to the COVID-19 pandemic and ordering it to do so. Only after these court rulings, and an announcement by the World Health Organization (WHO) on Monday, March 23, did the López Obrador administration admit on Tuesday, March 24, that the virus had begun spreading domestically in Mexico.

The WHO identifies individuals at highest risk to include those over 60 years of age and those with cardiovascular disease, diabetes, chronic respiratory disease, and cancer. Individuals who are immune compromised and are obese are also thought to be at high risk. Mexico has some of the highest rates of obesity and diabetes in the world. The Pan American Health Organization has predicted that there will be as many as 700,000 serious, potentially fatal, cases of Covid-19 in Mexico in which patients will require respiratory support. The majority of Mexicans rely on the country’s public healthcare system, which has fewer than 2,500 intensive care beds and just over 5,500 ventilators, according to the latest figures provided by the government. Migrants in detention and along the country’s northern and southern borders also face serious risks of infection, as do individuals in jails and prisons in Mexico.

“At a time of an unprecedented health pandemic such as COVID-19, leaders should faithfully meet their obligation to ensure people have access to accurate, evidence-based information essential to protecting their health” said Vivanco. “Failure to do so is not just a violation of the right to health, but will also lead to many preventable deaths”.