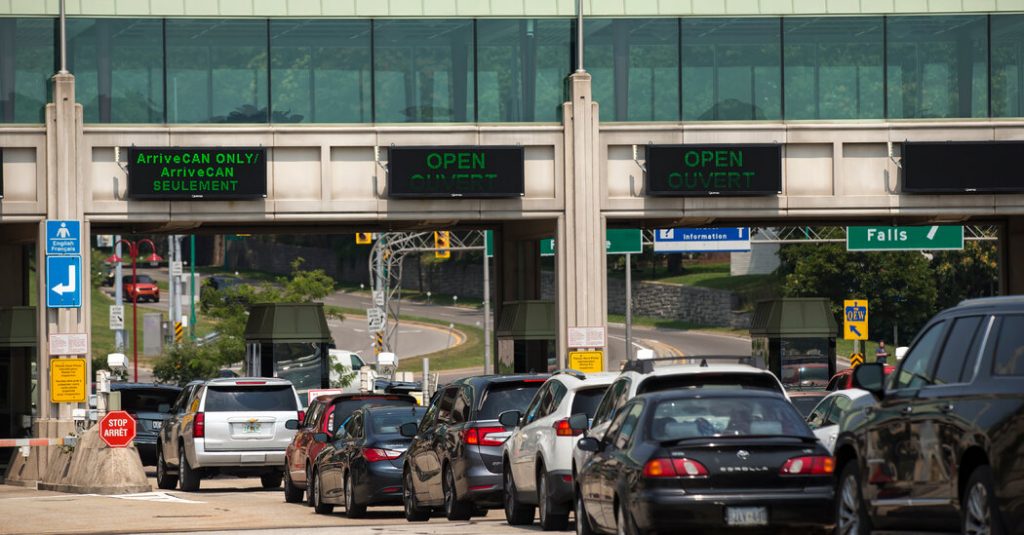 The Dallas Independent School District said on Monday that everyone — students, employees and visitors — must wear a mask while on school property, starting Tuesday.

The mandate, which officials said was temporary, was imposed in defiance of an executive order by Gov. Greg Abbott that prohibits school districts from requiring masks.

The public school district, the second-largest in Texas according to its website, appears to be the first in the state to defy the order.

“Governor Abbott’s order does not limit the district’s rights as an employer and educational institution to establish reasonable and necessary safety rules for its staff and students,” the Dallas district said on its website, adding that the mask mandate would remain in force as long as necessary.

Elsewhere in Texas, the superintendent of the Houston Independent School District announced last week that he would put a similar mask mandate up for a vote before the board of education this week. And municipalities, including Houston, have announced their own mask mandates for city workers.

New coronavirus cases and hospitalizations have risen sharply across Texas in the past few weeks, and Dallas is no exception. On Monday evening the top elected official in Dallas County sued Mr. Abbott, arguing the governor’s ban on mask mandates violates Texas law.

Mr. Abbott, a Republican, has encouraged people to get vaccinated. Earlier in the pandemic, he imposed statewide restrictions, including closures and capacity limits for some businesses and a state mask mandate, which he lifted in March.

Since then, the highly contagious Delta variant has raged through Texas while the pace of vaccination lagged, with only 44 percent of the population vaccinated so far, according to federal data. While Texas is reporting about half as many new cases as at its peak in the winter, it is one of the states with the most patients being hospitalized with severe illness, according to a New York Times database.

Mr. Abbott has stood firm against calls to reimpose safety precautions, insisting that “we must rely on personal responsibility, not government mandates,” a spokeswoman for the governor said in a recent statement. “Every Texan has a right to choose for themselves and their children whether they will wear masks, open their businesses, or get vaccinated.”

Mr. Abbott on Monday evening released a statement describing steps Texas would take to curb the spread of the coronavirus, which didn’t mention masks.

Michael Hinojosa, the district’s superintendent, said at a news conference on Monday to announce the mandate that the vast majority of his students and teachers were already wearing masks.

Asked why he wanted to impose a mandate when it seemed that people were taking the precaution on their own, Mr. Hinojosa said, “Because if we can save one student, one teacher, from going through this awful pain it’ll get them more prepared to learn, and I think that if you do this together you have a better chance for success.”

Federal guidance calls for students, teachers, parents and visitors at schools to wear masks to slow the spread of the virus. Vaccines protect against serious illness or death, but do not completely prevent infection, and no vaccine has yet been authorized for children under 12. So primary and secondary schools around the country will be reopening for a largely unvaccinated population at a time when the Delta variant appears to be sickening children more than earlier virus variants did.

The Dallas district serves nearly 154,000 students in 230 schools, most of which open on Aug. 16, according to its website. The district, which required masks during the last school year, largely serves nonwhite working-class families.

School districts in other states that ban mask mandates, like Florida and Arizona, have tried to require masks anyway because of the surging Delta variant. Gov. Asa Hutchinson, Republican of Arkansas, said on Sunday that he regretted signing his state’s ban on mask mandates into law.

“Facts change, and leaders have to adjust to the new facts and the reality of what you have to deal with,” Mr. Hutchinson said on the CBS program “Face the Nation.”