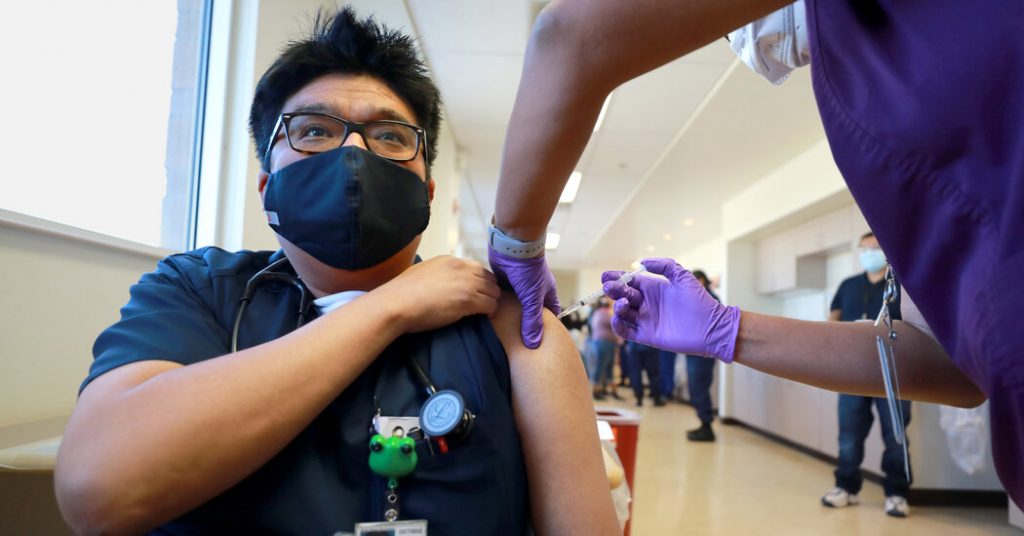 The Navajo Nation managed to tame Covid-19 earlier this year, mounting a campaign that drove its vaccination rate far above the United States average, after the virus ravaged the Navajo people.

But now the nation — the largest reservation in the United States — is enduring yet another virus surge, and experts and tribal leaders aren’t sure why. Other highly vaccinated tribes are also contending with a resurgent virus.

Over the course of the pandemic, the Navajo went from having one of the country’s worst case rates in the spring of 2020 to being lauded in September by Dr. Anthony Fauci, the nation’s top infectious disease official, as an “example of success” in its fight against Covid-19. The rate of fully vaccinated tribal members — 70 percent, according to tribal data — is substantially higher than the nationwide rate of 58 percent.

Indigenous leaders around the country have pushed hard to vaccinate their communities, knowing that Covid has had a disproportionate effect on Native American people, who now have the highest vaccination rate in the United States, according to the Centers for Disease Control and Prevention.

Despite their successes in overcoming mistrust in the federal government and inoculating hard-to-reach communities, the Navajo and other highly vaccinated tribes find themselves experiencing yet another virus surge.

In addition to the Navajo Nation in Arizona, New Mexico and Utah, the Indian Health Service said on Friday that it was seeing “intermittent” increases in the Billings area, covering Montana and Wyoming, and in the Great Plains area, covering the Dakotas, Nebraska and Iowa. It said that tribal communities — though they tend to have high vaccination rates — were affected by the surrounding states and communities, which may have much lower vaccination rates.

Many tribal members also commute to work in urban areas or border towns, where they may be at higher risk of exposure.

The Blackfeet Nation of Montana, which has vaccinated nearly every eligible member, experienced a spike in August after recording few to no cases for weeks. That was after the tribe, confident after its successful vaccination campaign, voted to welcome back tourists by reopening its roads into the eastern section of the popular Glacier National Park. Cases are running relatively high among the Blackfeet as the virus surges throughout Montana, where vaccination rates in counties surrounding the reservation are as low as 38 percent.

As for the Navajo, officials said that the latest surge had been less severe than the nation’s first two, which came last winter and in the spring of 2020, because 70 percent of eligible members are vaccinated.

The nation has exceeded 100 confirmed cases in a day several times recently, according to tribal data. Confirmed cases peaked at almost 400 a day in the winter, and reached a low point in single digits in June and July.

The Navajo Nation is the largest U.S. tribe, with an official enrollment of nearly 400,000 members as of May.

Jonathan Nez, the president of the Navajo Nation, said that some members had brought the virus back to the reservation after visiting neighboring communities in Arizona and New Mexico, which have looser Covid regulations than the tribe does. The Navajo have been required to wear masks in public since April last year, indoors and out, but there is no such outdoor mandate in surrounding areas.

“We do have multigeneration families living under one roof, and when someone brings Covid home, it spreads quickly in the house,” Mr. Nez said in an interview last week.

While tribes have largely been successful in vaccinating their members, pockets of people continue to resist getting the shots, said Dr. Mary Owen, the director of the Center for American Indian and Minority Health at the University of Minnesota medical school and president of the Association of American Indian Physicians.

“These pockets seem to be greater in the 17- to 45-year-old range,” said Dr. Owen, who is Tlingit. “From what I’m hearing and what I’m seeing in our clinic, is that people in this age group have a greater sense of invincibility and also seem to be relying more on social media for their news about the vaccine.”