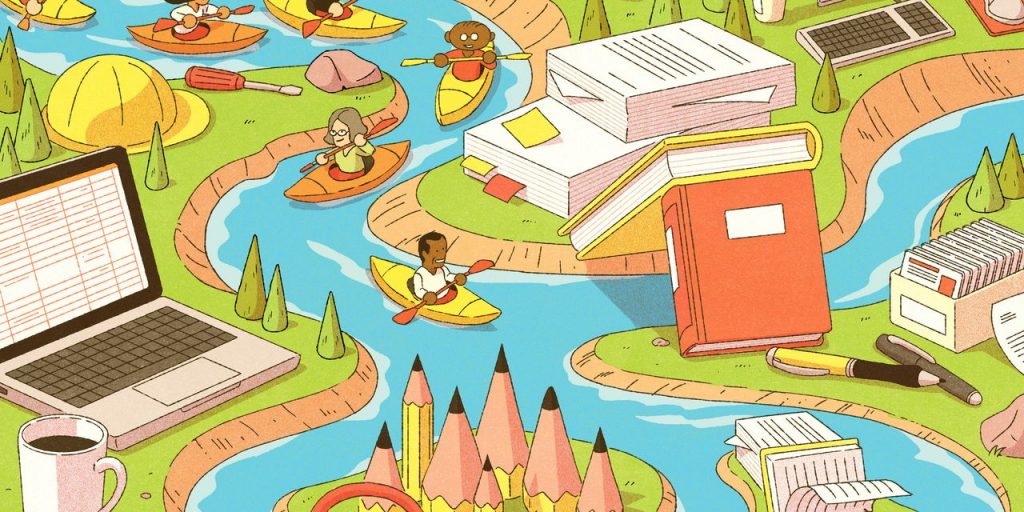 The Future of Everything covers the innovation and technology transforming the way we live, work and play, with monthly issues on transportation, education, well-being and more. This month is Work, online starting Feb. 2 and in print Feb. 10.

When I turned 60 a couple of years ago, friends started asking about my retirement plans. This was shocking, given I’m just as healthy, energetic and curious about the world as I was at age 40. My parents lived until their 90s, so why on earth would I give up the most stimulating part of my life if I hope to live three more decades?

At the same time, my priorities were shifting in this later chapter of life. I wanted less stress and more time to process, create and mentor. I couldn’t see another decade in the pressure-cooker management job I’d had for years. I wanted to focus on what I loved most about the profession: reporting, writing and making an impact.

Like me, more people over 60 plan to continue working in the future—the share of workers 65 and over in the U.S. is expected to increase faster than any other age group between now and 2030—but no clear roadmap exists for how to do it. While I was lucky enough to have bosses who let me create a new reporting job, most companies don’t offer a choice between charging up the career ladder with full-time employment or jumping off the retirement cliff around age 65.

As life spans now extend toward 100, demographers, gerontologists, neuroscientists and employment experts are studying how to overhaul the workplace for the future to encourage people to work into the later stages of life. Companies are devising ways to taper down and deconstruct jobs by task, role or project to offer more options to older workers looking for more meaningful and flexible work. Benefits would be tailored to the needs of older workers—think unpaid sabbaticals and home grocery delivery—rather than just matching 401(k) funds. High-tech tools such as exoskeletons and robots are emerging to assist older workers in physically demanding jobs. 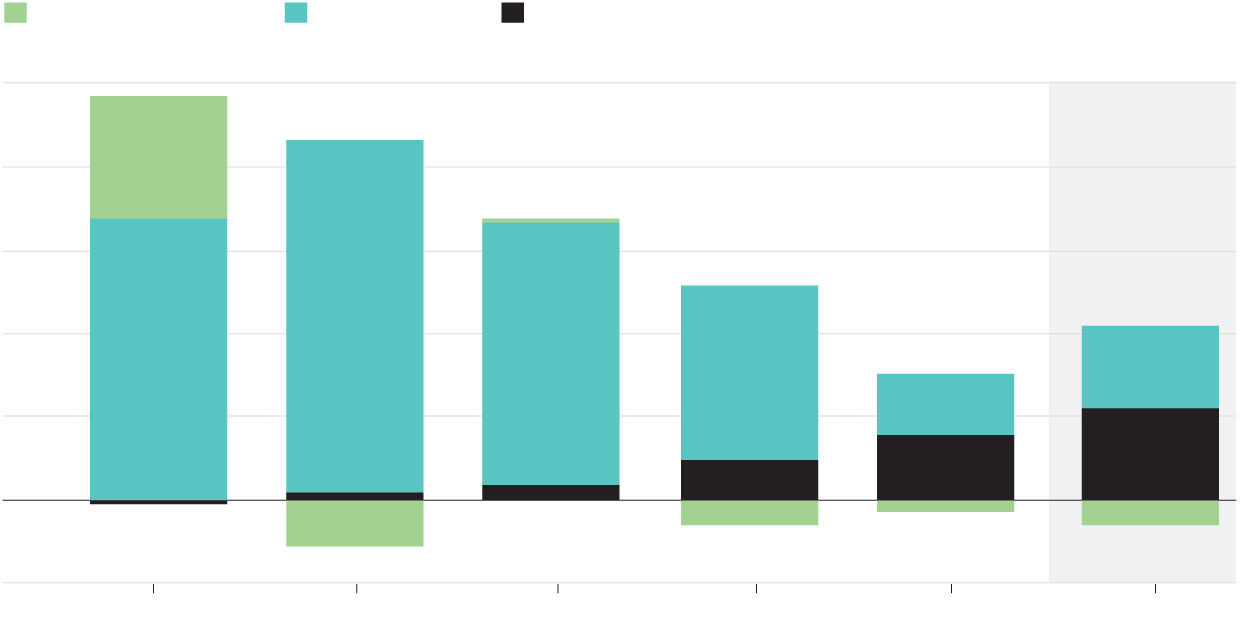 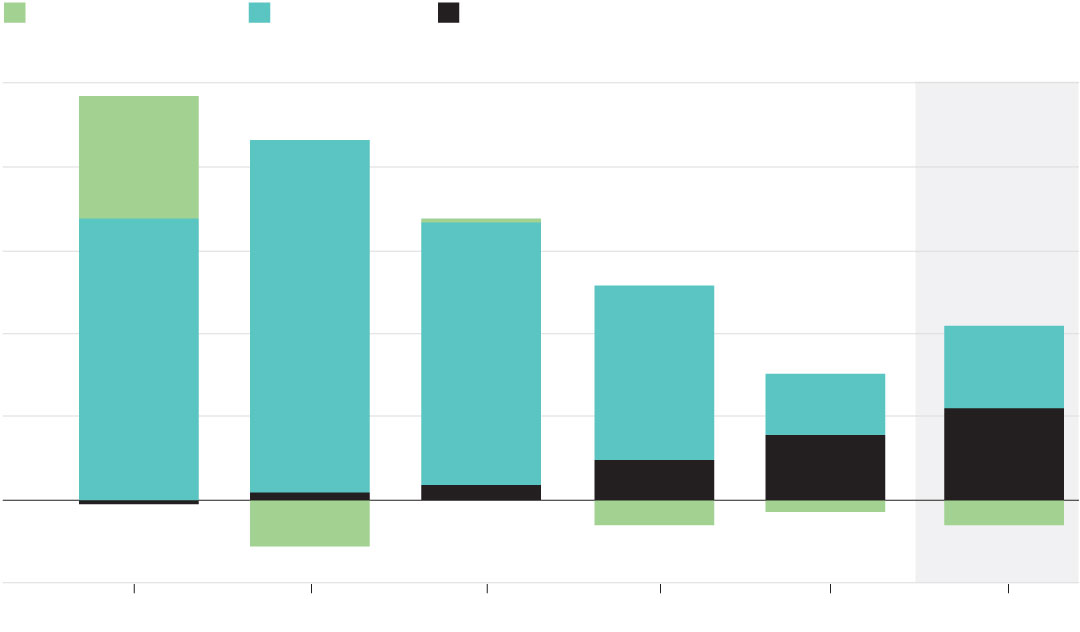 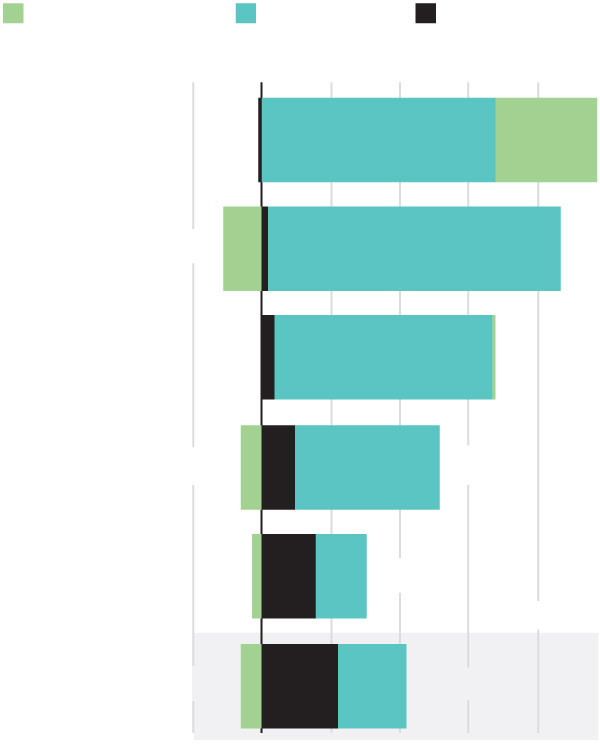 “The way we’ve set up employment is on Friday you’re at 100% and on Monday, after you retire, you’re at 0%. That’s not good for the person, and it’s not good for the company,” says Chip Conley, founder and CEO of the Modern Elder Academy, a school in Baja California Sur, Mexico, aimed at helping with midlife career transitions. “Why not create a staircase that allows people to ramp down over time?”

During the pandemic, a disportionately high number of older workers have retired early, aggravating a labor shortage. Many say jobs and salaries will need restructuring if employers want them back.

Employers need to acknowledge that older workers who have achieved life milestones have different career goals and motivations than younger people, Stanford University’s Center for Longevity found in the report “A New Map of Life: Work” published last year.

“Purpose is crucial for older workers,” says Alice Milivinti, a demographer and co-author of the report. “Younger workers will learn something new because they are told to, but older workers need to know, ‘Why should I take the time to do this?’ ” Older workers want flexibility in both the number of hours worked and the choice of tasks they perform. Some 60% of nonworking Americans in their late 60s or 70s said they’d be willing to return to work if they had flexible schedules—and about a fifth of those would take a more than 20% cut in hourly wages to do so, according to a study published in the American Economic Journal: Macroeconomics in 2020, which cited a survey of 2,772 respondents.

The Future of Everything

A look at how innovation and technology are transforming the way we live, work and play.

Vanessa Liu, an entrepreneur behind SilverLife, an incubator for businesses addressing the aging demographic, is developing a platform that would break down jobs by tasks or roles to make them more attractive for older workers in the future. For example, a supervisor job at a manufacturing plant could be deconstructed into three separate roles: A troubleshooting job identifying problems on the assembly line, a team-management role and a product-development job. Hours and pay could be adjusted accordingly, allowing workers to move from 100% employment to 60% to 30% when they’re ready.

“This is a way to create a flexible arrangement for experienced workers to stay on and keep working at 65, 70, 75 and 80.”

Kerry Hannon, a workplace researcher and author of the upcoming book “In Control at 50+,” says intergenerational projects and teams that pair young workers with older ones will be important in the future. One way to do that could be through products like Mentor Cloud, which provides training and software for businesses to develop programs aimed at helping older workers transfer knowledge to younger people.

Working with young entrepreneurs as an adviser and investor has kept Linda Fayne Levinson, 80, fully engaged in the tech world while giving her the flexibility to set her own schedule. The first female partner at McKinsey & Co. in 1978 and later a venture capitalist and public-company director, she shifted to mentoring startups and serving on boards of directors for several private companies about eight years ago. “This lets me give back, but now I only work with people I really like and trust,” she says. “I say what I think, and I keep people calm in a crisis.”

The shift to more contract and gig work will require a new benefit structure for all workers who want to work independently by project but need benefits that are generally only available to full-time employees, says

a social scientist and authority on the changing nature of work. Workers rights are still governed by the Fair Labor Standards Act, established in 1938 and set up for traditional full-time work. New laws and organizations will be needed to provide benefits for future contract workers perhaps by project or role. “We’re in transition right now in the social contract with the infrastructure that will be needed to support contract workers in the future, both old and young,” she said.

Benefits will also need to be more in sync with older workers’ priorities, which can be far different than those of younger workers. Pam Jeffords, an employment expert who advises companies on diversity and inclusion for Sapient Insights Group, envisions a new range of benefits and incentives where workers will be able to choose options such as grocery delivery, long-term-care insurance, unpaid sabbaticals and the option to be a consultant for various projects throughout the year.

What type of job would you want after 60? Join the conversation below.

Despite years of discussion about accommodating an aging workforce, the topic is still taboo for many. “People don’t want to self-identify as older. They don’t want to be stigmatized as slowing down,” Dr. Christensen says. A 2020 AARP survey of 5,598 employers in 36 OECD countries found 53% of global executives don’t include age in their diversity and inclusion policies.

In his new book “The Super Age,” demographer Bradley Schurman says emerging technology for physical labor will help the aging population extend working lives. A powered exoskeleton “Muscle Suit” for the lower back developed by Japanese company Innophys Co. is designed to help older workers in fields like farming, nursing and manufacturing to lift heavy objects.

Evidence continues to grow that working longer is better for mental, physical and financial health. Postponing retirement until at least age 67 resulted in a one-third reduction in cognitive decline compared with those who retired at ages 61-67, with positive effects lasting until age 74, according to a study published in September in the journal SSM-Population Health. The study used data from the Health and Retirement Study, a longitudinal project of 20,469 people sponsored by the National Institute on Aging.

“We shouldn’t have to feel embarrassed for making a conscious choice to take a path that may be less traditional but may actually, in the long run, allow us to stay in the workplace longer,” Mr. Conley says.

Write to Lisa Bannon at lisa.bannon@wsj.com

The Future of Everything | Work