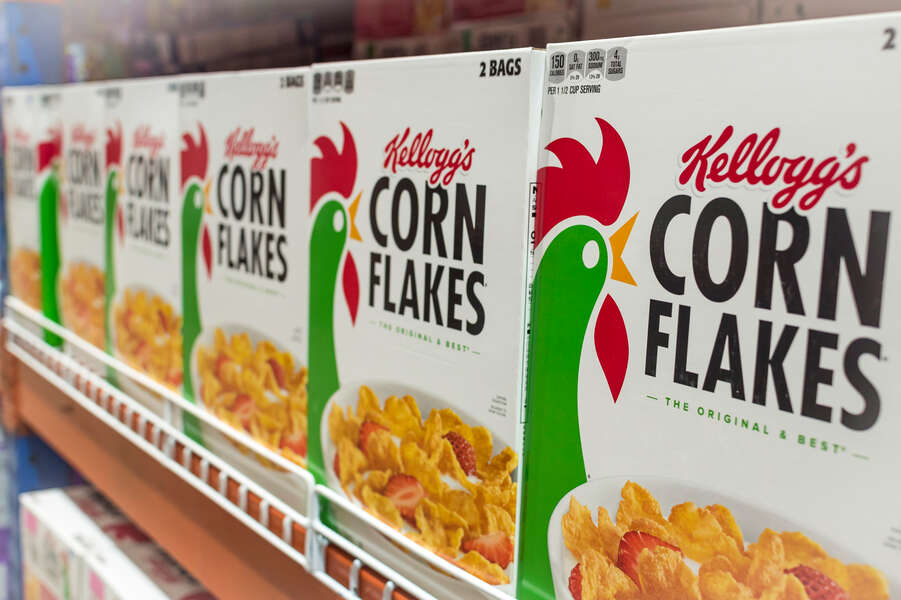 Officials in Mexico seized nearly 400,000 boxes of different Kellogg’s cereals from 75 different stores, according to the Associated Press. They determined that the cartoon characters portrayed on the boxes violated a law meant to reduce the amount of processed and sugary products children consume.

The law bans food producers from using cartoon characters and other advertising strategies to market their products to kids. In certain parts of the country, officials have also banned the sale of sugary drinks and high-calorie snacks to children. Both measures are part of initiatives aimed at reducing the obesity rate in the country and improving health among Mexican citizens.

Some of the cereals in the raid included Special K and Corn Flakes. Business Insider reported that some of the boxes were also missing important nutritional information. While Special K isn’t the most sugary cereal on the market, this outcome isn’t entirely shocking. The ethics of advertising sugary and highly processed foods to kids has been a topic of conversation not only in Mexico but around the world. A 2019 study found that this type of marketing to children and teens is a major factor in their diets and development.

According to Harvard Medical School, a diet with too much added sugar can lead to serious health issues, including diabetes and heart disease. The CDC has said that some of these illnesses put people at higher risks when contracting COVID-19. Preventing more severe cases of COVID is part of what motivated Mexican officials to tackle how products high in sugar are marketed and sold to children.

Kellogg’s has not released a statement regarding the seizure of the cereals at the time of writing.