US Congress Takes Up Sweeping Changes on Global Health Policies, but Will They Materialize? 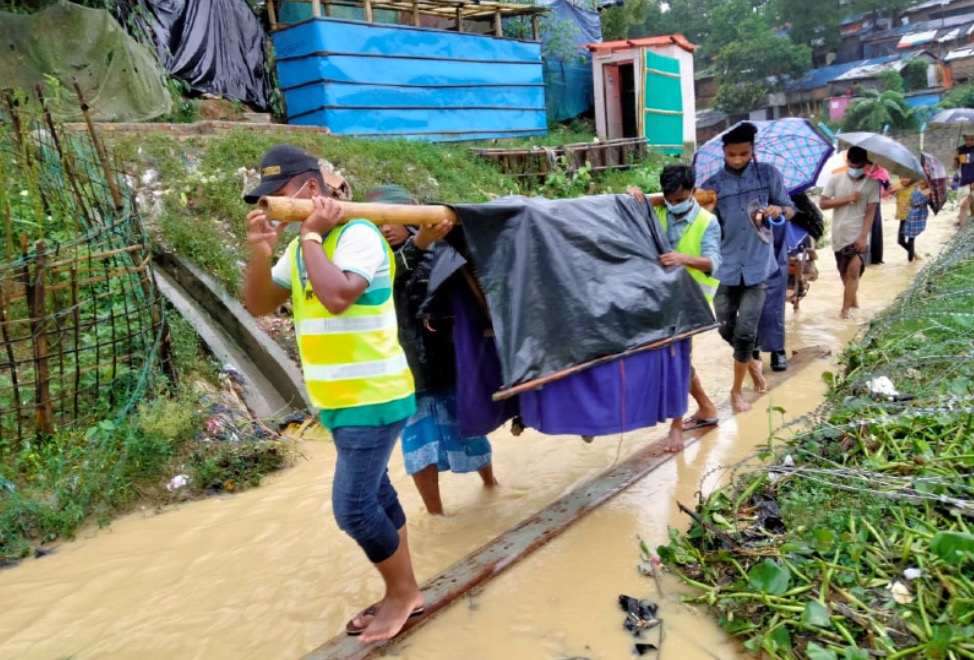 The Biden administration’s budget proposals for 2022 could erase many of the constrictions on global health aid imposed during the Trump years or earlier Republican administrations. But the sweeping developments depend on what happens in the Congressional debate on federal spending, beginning in September.

Among the proposed changes: a doubling of contributions to the United Nations Population Fund; the permanent repeal of the Mexico City policy — known as the global gag rule — and its harmful antiabortion restrictions on aid; and the deletion of references to the 1973 Helms amendment and other barriers to assistance for poor countries.

“As we continue to fight a global pandemic on top of a climate and poverty crisis, it is more important than ever that we invest in humanitarian assistance and addressing human needs,” Rep. Barbara Lee, a Democrat from California, whose subcommittee wrote the bill on the Biden plan, said in a statement when the bill was adopted by the full House on July 28.

She noted that the bill covers numerous other humanitarian concerns beyond global reproductive health and rights, including AIDS projects and preventive medical research against future pandemcs.

Our coverage is free to read, but not free to create. Your support makes us strong.

“This bill also addresses migration, refugee and disaster assistance and continues our support for key allies and partner organizations such as the United Nations,” she said.

“In our global recovery efforts, it is also critically important that we support women’s health,” Rep. Lee added in her statement. “For the first time in a decade, this bill increases funding for bilateral family planning to $760 million [from $575 million last year] and more than doubles our contribution [$70 million] to UNFPA. I am especially proud to have fought for the elimination of Helms Amendment restrictions that have prohibited safe abortion and health care services for people in low-income countries for decades.”

Government spending bills always begin in the House of Representatives, and the new plan now goes to the Senate, which is scheduled to hold an open debate on its own version of a foreign operations bill that encompasses provisions on global reproductive health and rights. The US fiscal year ends on Sept. 30, but in recent years federal budget discussions, often heated, last for weeks or even months after the deadline, allowed by temporary continuing resolutions.

“It’s now up to the bipartisan pro-FP/RH [family planning and reproductive health] Senate Appropriations Committee to adopt its own robust set of companion provisions on . . . funding and policy,” PAI, a Washington-based leader in advocacy and analysis on global reproductive health, wrote after the House adopted its bill “unscathed.”

“Inclusion of the permanent GGR [global gag rule] repeal, and [funding] increases in a Senate version of the bill would finally set the stage to break through the stalemate that has persisted for the last 11 fiscal years,” PAI wrote. It would “send a bill to President Biden for his signature that dramatically moves US government leadership on SRHR forward.” “SRHR” refers to sexual reproductive and health rights.

Hurdles must be overcome, however, if a smooth budget process can be achieved. Nationally, Democrats succeeded in persuading 18 Senate Republicans to vote with them on an infrastucture spending bill to avoid a 50-50 party-line split in the 100-member Senate, which would have required the vice president, Kamala Harris, to cast a tiebreaker vote.

But when the Senate returned the infrastucture spending bill to House for final passage, a dispute broke out among Democrats over whether the legislation should wait until a $3.5 trillion separate budget bill for social spending, including money for climate change action, should be passed in tandem. Nancy Pelosi, the speaker of the House, is demanding that both bills pass as a package.

Such political divisions within and between parties are mounting in the United States on issues as perplexing as the battles between Democrats and Republicans over resistance to Covid-19 vaccinations and simple preventive actions like wearing masks. Anti-science campaigns on the political right have contributed to a catastrophic rise in infections of the Delta variant of the virus, particularly in Republican-controlled states in the Deep South. Tensions are running high in public between those who follow medical guidance to make choices for their families and communities and the “anti-vaxxers” who attack them, sometimes violently.

Adding to this crisis, angry American arguments among politicians, analysts, reporters, military veterans and experts and numerous others over which president of what political party caused the collapse of Afghanistan, the political atmosphere in Washington does not offer much confidence that civil behavior will prevail in larger national budget debates. If right-wing politicians revive their public assaults on abortion in stringent terms and balk on other issues in reproductive health and women’s rights, the reforms could be stripped or weakened by compromise in the US Congress before a final budget emerges.

Barbara Crossette is the senior consulting editor and writer for PassBlue and the United Nations correspondent for The Nation. She is also a member of the Council on Foreign Relations. She has also contributed to the Oxford Handbook on the United Nations.

Previously, Crossette was the UN bureau chief for The New York Times from 1994 to 2001 and previously its chief correspondent in Southeast Asia and South Asia. She is the author of “So Close to Heaven: The Vanishing Buddhist Kingdoms of the Himalayas,” “The Great Hill Stations of Asia” and a Foreign Policy Association study, “India Changes Course,” in the Foreign Policy Association’s “Great Decisions 2015.”

Crossette won the George Polk award for her coverage in India of the assassination of Rajiv Gandhi in 1991 and the 2010 Shorenstein Prize for her writing on Asia.