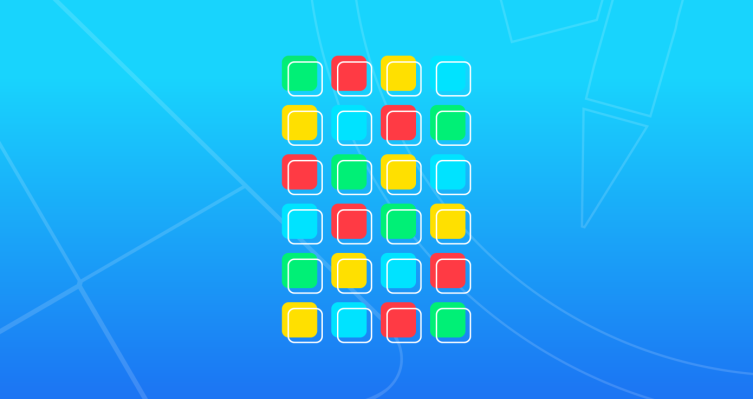 Welcome back to This Week in Apps, the weekly TechCrunch series that recaps the latest in mobile OS news, mobile applications and the overall app economy.

The app industry continues to grow, with a record number of downloads and consumer spending across both the iOS and Google Play stores combined in 2021, according to the latest year-end reports. App Annie says global spending across iOS, Google Play and third-party Android app stores in China grew 19% in 2021 to reach $170 billion. Downloads of apps also grew by 5%, reaching 230 billion in 2021, and mobile ad spend grew 23% year-over-year to reach $295 billion.

In addition, consumers are spending more time in apps than ever before — even topping the time they spend watching TV, in some cases. The average American watches 3.1 hours of TV per day, for example, but in 2021, they spent 4.1 hours on their mobile device. And they’re not even the world’s heaviest mobile users. In markets like Brazil, Indonesia and South Korea, users surpassed five hours per day in mobile apps in 2021.

This Week in Apps offers a way to keep up with this fast-moving industry in one place with the latest from the world of apps, including news, updates, startup fundings, mergers and acquisitions, and suggestions about new apps and games to try, too.

Do you want This Week in Apps in your inbox every Saturday? Sign up here: techcrunch.com/newsletters

While it may be a hair too soon to say it’s the beginning of the end of Facebook, the social giant now called Meta is finally starting to feel the combined impacts of a number of challenges hitting all at once. On top of the ongoing issues over content moderation and the general harms of social media — as the world was alerted to by whistleblower Frances Haugen — the company, at last, also has a formidable threat to its future in the form of TikTok. The short-form video app has managed to do the seemingly impossible: stop Facebook’s growth and cut into its ads business. In its Q4 2021 earnings, Facebook reported its first-ever loss in daily active users, from 1.93 billion in Q3 to 1.929 billion in Q4. Those are still mind-blowing user numbers to be sure, but it’s the first real hint as to how Facebook’s inability to reach the younger generation and competition from TikTok could be stalling its growth. In addition, Meta’s family of apps (FB, Instagram, Messenger and WhatsApp) reported slower growth than in past quarters, from 2.81 billion to 2.82 billion.

Meanwhile, Meta is attempting to navigate a future to some sort of immersive “metaverse” that won’t be realized for perhaps a decade, while also trying to fend off the TikTok threat. CEO Mark Zuckerberg told staff to focus on Reels and other video projects, even as the company is simultaneously building out features with the metaverse in mind — like cross-platform avatars. TikTok isn’t just taking away users, it’s eating into Meta’s revenue. The company reported $10.3 billion in profit in the quarter, and EPS of $3.67, falling short of Wall Street’s expectation of $3.84. And it reported Q1 revenue guidance of $27-29 billion, down from Q4’s $33.67 billion. That’s not all TikTok’s fault, of course, Meta plainly said that Apple’s privacy changes introduced last year already cost it $10 billion in lost sales during 2021.

But even Apple can’t be fully at fault here. Both Snap and Pinterest have more nimbly weathered the disruption caused by the iOS privacy changes, according to their own earnings and the accompanying stock recoveries. (Snap even turned its first net profit.)

What’s ultimately the issue is that Meta lacks diversified revenue streams — ads account for 98% of its revenue. For example, despite being a longtime home for creators, Meta is only now spinning up new efforts to cash in on those economies through things like tips and subscriptions. Instagram’s subscriptions are just entering tests. Meta also started to dabble in web3 and NFTs, but has little to nothing to show for those efforts. It even had to shut down its cryptocurrency project. Meanwhile, when Meta has expanded into new areas — like VR-based gaming or e-commerce — it has done so with an eye on how those are tied to social networking products, including key apps like Facebook and Instagram. So if Meta’s grip on social begins to trend downwards, it could impact the rest of its business in the process.

A bill that could force Apple and Google to allow third-party app stores, sideloading and alternative payments, aka the Open App Markets Act, won Senate Judiciary Committee approval this week after gathering bipartisan support. It’s also a great example as to why the tech giants should have never let things get to the point of needing regulators to step in to even the playing field, as the bill in its present form is not really a win for either consumers or smaller developers in its present form.

Apple has aggressively fought against this legislation, making valid points that opening up mobile devices to sideloading could increase the risk of “malware, scams, and data-exploitation,” or so the company argued in a letter sent to Senate Judiciary Chair Dick Durbin and ranking Republican Chuck Grassley. Plus, Apple pointed out how sideloading could help “big media platforms” avoid the consumer privacy protections it’s added to its platform.

The passage of the Open App Markets Act out of the Senate Judiciary committee brings us one step closer to having this legislation signed into law. This bill will let people download apps directly from outside companies rather than being forced to go through official app stores.

Not all developers are on board with the bill. The Coalition for App Fairness — which counts Match, Epic Games and Spotify among its members — backs the legislation. But another trade group representing small companies in the app economy, The App Association, wrote a letter to Durbin and Grassley stating their opposition to the bill due to the security and privacy issues it could introduce, among other things.

But the bill won’t likely become law without a number of changes. In early debates, for example, some senators raised concerns over the privacy impacts and unintended consequences of allowing a path for apps promoting hate speech to find their way onto consumer devices. The bill has also already been amended to make it more clear what sort of security considerations the app stores can take without violating the law. 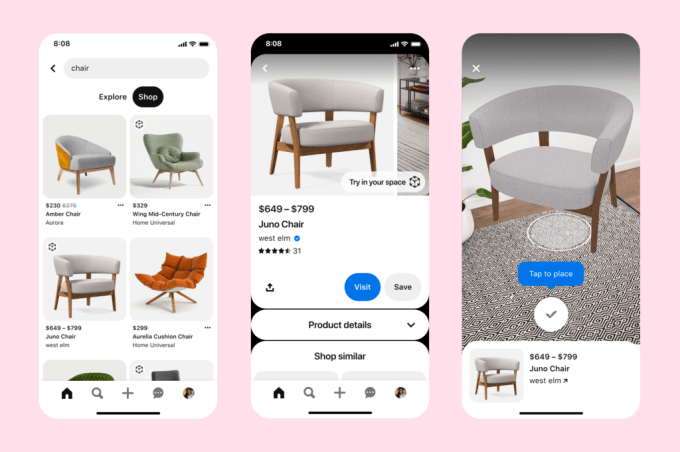 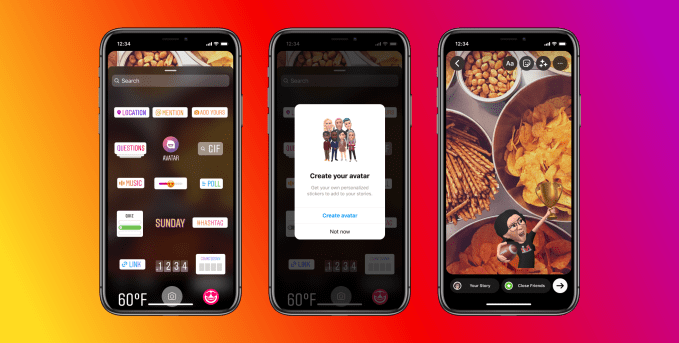 We’ve been testing how we can surface the most relevant replies within Tweets with the use of downvoting on replies. As we’re expanding the experiment to a global audience, we want to share a little about what we have learned thus far!
👇 https://t.co/wM0CpwRgo6 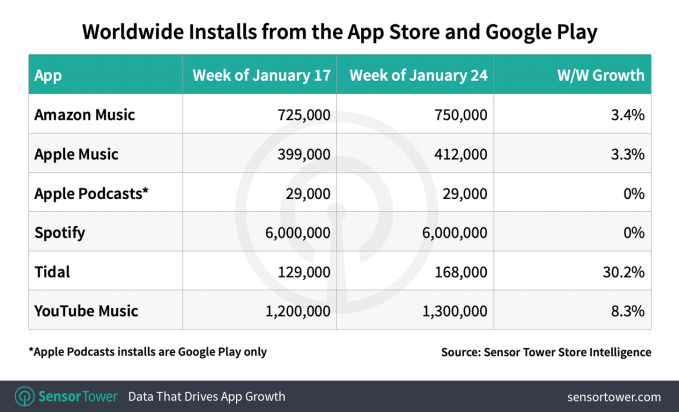 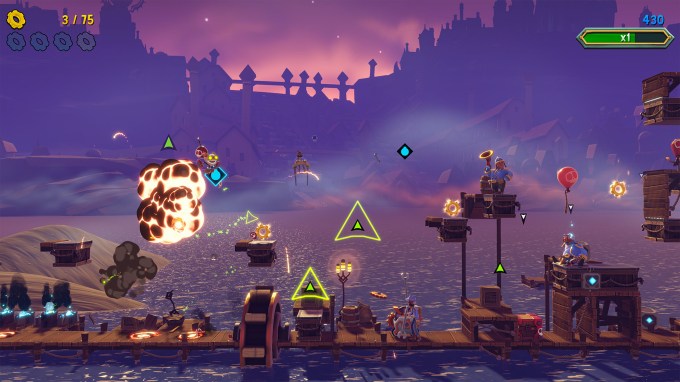 💰 Challenger bank Mos raised $40 million in Series B funding led by Tiger Global, valuing its business at $400 million, up from $50 million in May 2021. The fintech app began as a tool to connect students with scholarships and grew its community to over 400,000 users before expanding into banking.

💰 Bengaluru-based savings app Jar raised $32 million in Series A funding led by Tiger Global, valuing the business at over $200 million. The new funds come only months after Jar’s seed round. The app, which rounds up transactions and sets money aside as an investment, now has over 4 million users.

💰 Travel experiences app Headout raised another $30 million for its Series B round, again led by Glad Brook Capital. The startup, which helps travelers book tours, attractions and more, had previously raised $15 million in Series B funding. Headout has been EBITDA profitable since last July, despite COVID.

💰 Flip, a chat and HR app for frontline workers, raised $30 million in new funding co-led by Notion Ventures and HV Capital. The company has amassed 200 customers, spanning 1 million end users who use Flip for things like swapping shifts, checking on payslips and more.

💰 Africa-focused payments startup PalmPay, also the maker of the PalmPartner app, and provider of financial services to consumers and merchants, raised $100 million in Series A funding last August, but had not yet disclosed the investment. The company offers services in Nigeria and Ghana.

💰 Nigerian investment app Bamboo raised $15 million in a Series A round of funding co-led by U.S.-based Greycroft and Tiger Global. The app offers a similar experience to Robinhood and reports having more than 300,000 users, around 20% who are actively trading on a daily basis.

💰 Automated mobile testing service Waldo, which helps companies test their mobile applications, raised $15 million in Series A funding led by Insight Partners. The service runs a live version of apps in a browser window and then records every step of the test, which is triggered directly from CI workflows.

🤝 French health wearables firm Withings acquired 8fit, makers of a workout and meal planning app backed by $10 million in funding, for an undisclosed sum. The company will integrate 8fit’s offerings into its existing software suite, and said it plans to invest an additional $30 million into building out its connected fitness offerings.

💰 Solana wallet Phantom raised $109 million in Series B funding, led by Paradigm, and launched its iOS app. Other investors in the now-unicorn include a16z, Variant Fund, Jump Capital, DeFi Alliance and Solana Ventures. The startup plans to expand support to other blockchains, including Ethereum.

💰 Seattle-based Stack, offering a crypto app aimed at teens and young adults, raised $500,000 in pre-seed funding from On Deck and Santa Clara Ventures. The gamified platform allows teens to invest in more than 30 cryptocurrency coins by having parents co-own the account if the user is under 18.

💰 New York-based Lunchbox raised $20 million in Series A funding, led by Coatue. The company develops online ordering tools for enterprise restaurant chains and ghost kitchens, acting as the restaurant’s entire digital tech stack for everything from managing orders to apps to loyalty programs.

🤝 Fast-growing livestream shopping app Whatnot “acqui-hired” Pastel Labs for a figure in the range of $5-10 million in an all-stock transaction. The deal allowed the company to bring on board former Pinterest technical lead for growth and well-known growth advisor Jeff Chang to lead its own growth team. The company also hired the former head of Growth and Product Engineering for Lyft, Ludo Antonov, as VP and head of Engineering.

🤝 Free-to-play mobile games publisher Tilting Point acquired a majority stake in Korea-based game developer AN Games, following their partnership to scale the massively multiplayer real-time strategy mobile game Astrokings. The acquisition is Tilting Point’s first since its July 2021 raise of $235 million, and will elevate the company’s presence in the Korean market. 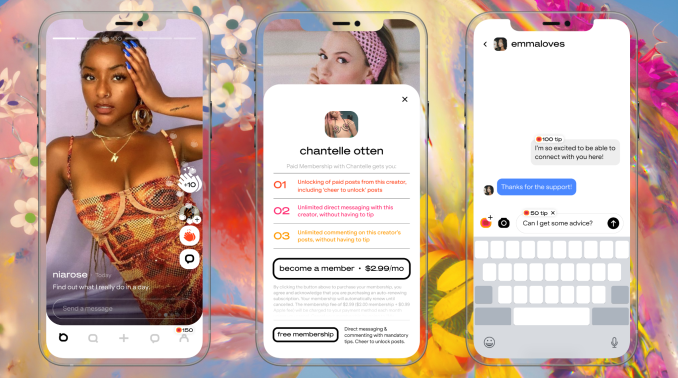 A new creator platform founded by Hinge and Bumble alums, Sunroom (reviewed here on TechCrunch) this week launched its iOS apps aimed at women and non-binary creators. Members who join Sunroom can learn from, connect with and cheer on their favorite creators, as well as help them earn through tipping and subscriptions. The app also features anti-screenshot technology to keep content more private and safe from leaks.

So many tweets today are making the case for an all-powerful tyrant to protect each of us from ourselves and tax us all to pay for it. These bozos deserve to live in the world for they advocate for. The rest of us don’t.

“When software isn’t polished, when it’s full of things that feel like paper cuts, it becomes less joyful and more frustrating. It sucks all the opportunity for delight out of the room.” https://t.co/l1zs18DwbD