Latinx Files: Desahogar, mental health and the art of undrowning 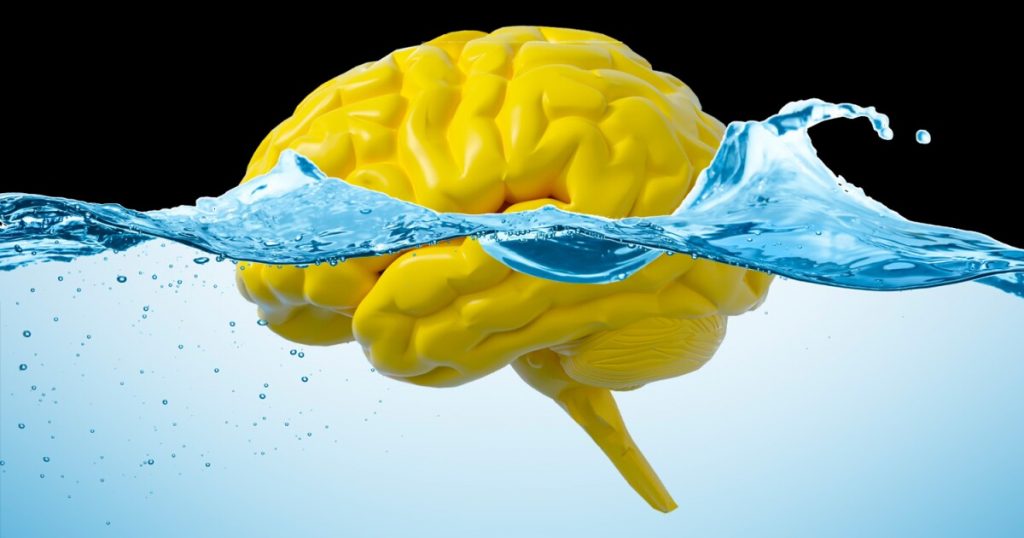 One of my favorite Spanish words is “desahogar.” It means “vent,” but the English translation doesn’t do it justice. A more accurate interpretation would be “undrowning.”

The term is the opposite of feeling like you’re sinking or suffocating. It is the act of letting go of the gravity of daily life that’s weighing you down.

More importantly, “desahogar” is an action verb. It is something you can do. I’ve always struggled with this part.

I inherited the survival instinct from my mother. She was the crisis manager of the family, a wizard who was able to take care of our basic needs while providing some of our family’s wants.

Being the oldest child meant I was thrust into situations as her de facto translator, watching as a woman with a second-grade education Harry Houdini-ed her way out of disaster time and time again. It was at times messy, but it got the job done.

But I also witnessed the toll it took on her. I saw her drowning and holding her breath. I saw the desperate prayers she would make to whatever god or saint would help her get out of that particular jam. She rarely exhaled, and when she did it would often come with deep sobs.

My quality of life as an adult has been exponentially better than my mom’s because of the heavy price she paid. But that doesn’t mean my brain doesn’t operate the same as hers. I have a hard time relaxing even when things are fine. I am always bracing myself for impending doom.

I started seeing my therapist, Dr. Mike, a little over three years ago, shortly after I became a full-time employee at The Times and got healthcare benefits. I recognized I needed professional help, and I finally had the means and access to get it. I had no excuse not to.

I asked for a Latinx therapist during the intake process with my HMO because I felt I needed someone who had a cultural understanding of where I was coming from. I got a middle-aged Armenian man instead. We joke about this sometimes.

“You said ‘give me a brown person,’ and they assigned you to me and said, ‘Eh, brown enough,’” he quipped recently.

Our weekly sessions have been a lifesaver, especially after the start of the pandemic. We don’t always talk about the heavy stuff like generational trauma. He knows I work in news, so sometimes we fill the hour with chitchat about current events and politics. He’ll ask me about how the newsletter is doing, which he keeps calling my “little blog.”

Sometimes I cry. Mostly I don’t. But I always undrown. Me desahogo, even for a little bit.

May is Mental Health Awareness Month. The topic is rarely discussed within the Latinx community, even though we’re as susceptible to mental health disorders as any other demographic. According to the Anxiety and Depression Association of America (sounds like a fun crowd), only 1 in 5 Latinxs who experience symptoms of a psychological disorder talk to their doctor about it. Even worse, only 1 in 10 contact a mental health professional.

I get that there are barriers to seeking help. There’s a cultural taboo associated with it, that whole “de eso no se habla’’ mentality. Beyond the stigma, there’s the very inconvenient problem of living in the United States, where access to affordable healthcare is limited.

But I also know that anxiety and depression can be extremely isolating. They have a way of making it feel like you are alone in carrying the burden, even during a global pandemic where almost everyone has felt the psychological toll.

If you feel like you need help, I implore you to ask for it. It’ll be worth it, I promise.

If you’re thinking about seeking out a therapist but don’t know where to look, the American Society of Hispanic Psychiatry has a directory of doctors across the United States, as do the organizations Therapy for Latinx and Psychology Today.

Your support helps us deliver the news that matters most. Become a subscriber.

Meet Rancho Humilde, the kings and queens of corridos tumbados

Los Angeles Times music writer Suzy Exposito’s latest is a profile of Rancho Humilde, the record company based out of Downey, Calif., that’s at the forefront of the evolution of the regional Mexican genre with acts like Natanael Cano. And how are they doing that? By leaning hard into Mexican American biculturalism. It’s mixing lo de allá with lo de aquí.

“We still use the regional [Mexican] instruments, but our movement comes from urban life, the city life,” Jimmy Humilde, the company’s CEO told Exposito. “At this point, calling what we do ‘regional Mexican’ … is like calling reggaeton salsa.”

Things we read this week that we think you should read

— A special shoutout to Radar 2021, Telemundo’s English-language digital commentary show, which devoted an entire episode to the subject of Latinx mental health. That was the impetus for me writing about the topic this week. You can watch it here.

— Times columnist Carolina Miranda had a Q&A with Chon Noriega, who is stepping down as director of UCLA’s Chicano Studies Research Center after 19 years at the helm. Find out why he’d pick Ben Affleck to play him if they ever did a movie about his work.

— Today’s Column One is a profile of U.S. Rep. Norma J. Torres of Pomona. She is the only current member of Congress to have been born in Central America. Torres has been very vocal on immigration and has called the president of Honduras a narco and the president of El Salvador a “narcissistic dictator.”

— My colleagues Faith E. Pinho, Alex Wigglesworth and Matt Szabo have a breakdown of “Adrian’s Kickback,” a birthday party invite posted on TikTok by a Latinx kid from the Inland Empire that went viral and resulted in more than 2,000 party-goers showing up in Huntington Beach. In the end, 175 people were arrested. This isn’t the first time something like this has happened. In 2016, more than 20,000 people showed up to Rubí Ibarra García’s quinceañera, which was held in a small remote town in San Luís Potosi, Mexico, because a Facebook post announcement was memefied and heavily shared. The party got so out of hand that one man was actually killed after he was trampled by a race horse.

— For the second edition of The Times’ Image magazine, Julissa James spoke to Brenda Equihua, the Los Angeles designer who took San Marcos cobijas and made them fashion.

— Conjunto music, the genre that emerged after Texas Mexicans adopted the accordion from white German settlers and paired it with the bajo sexto, appears to be alive and well for at least another generation. For Texas Monthly, Roberto José Andrade Franco wrote about the 2021 Big Squeeze, an annual competition organized by the nonprofit Texas Folklife that features the state’s best young accordionists. My favorite takeaway from the story is that young musicians from the Rio Grande Valley, where I’m from, always do well. Puro 956, cuh!

The best thing on the Latinternet: The kids are (and will be) alright

Something that gives me hope for the future of Latinx community is how much more open the youths (I’m looking at you, Gen Zers!) seem to be about touchy subjects. At least that’s the impression that this elder Millennial got this week after going down the rabbit hole of Latinx mental health TikTok, a subgenre that ranges from the comical to the informative. My personal favorites are the “immigrant parents be like” type of clips.