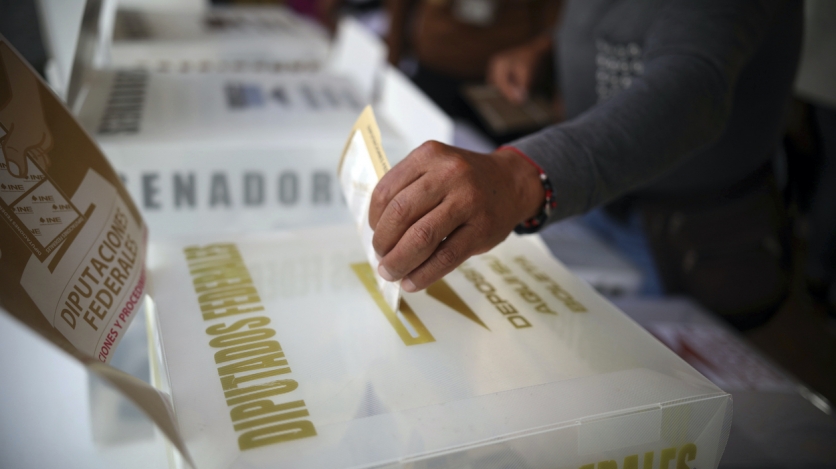 There are 21,000 seats up for grabs in Mexico’s June 6 midterms, but the man looming largest over the election won’t be on the ballot: President Andrés Manuel López Obrador. Instead, Mexicans will decide whether to give his party, Morena, the votes it needs to cement his statist vision and political movement known as the Fourth Transformation, or Cuarta Transformación. They will do so in the biggest elections in the country’s history, given the number of posts and that all of Mexico’s 32 states will hold local elections alongside the federal ones. Fifteen states choose new governors, and the entire lower house of Congress is up for renewal.

With a quick glance at the polls, Morena appears formidable ahead of election day. As López Obrador, or AMLO, nears the halfway point of his one-term, six-year mandate, he continues to command enviable approval numbers. Polling gives Morena 41 percent of voter intention—more than two times that of any other party—in the competition for seats in the Chamber of Deputies. As of March, more than half of Mexicans viewed Morena in a positive light. In the case of the two main opposition forces, approval stood at 12 percent for the Institutional Revolutionary Party (PRI) and 14 percent for the National Action Party (PAN).

But Morena is far from assured of retaining the two-thirds majority its coalition now holds in the lower house,which has allowed it to reshape policy on everything from education to energy since the current legislature took office almost three years ago. Even if the political opposition has remained relatively weak since Morena’s tsunami of a victory washed over the country in July 2018, parties have formed alliances to capitalize on voter dissatisfaction with the AMLO government’s handling of the economy, corruption, insecurity, and health issues. And while AMLO has the public’s backing, most Mexicans say they want a legislature that serves as a counterbalance to the executive’s power.

AS/COA Online lays out the electoral context, outlines parties and coalitions, and explores what’s at stake in legislative elections.

Note: This article was initially published on May 18, 2021 and has since been updated with new polling figures.