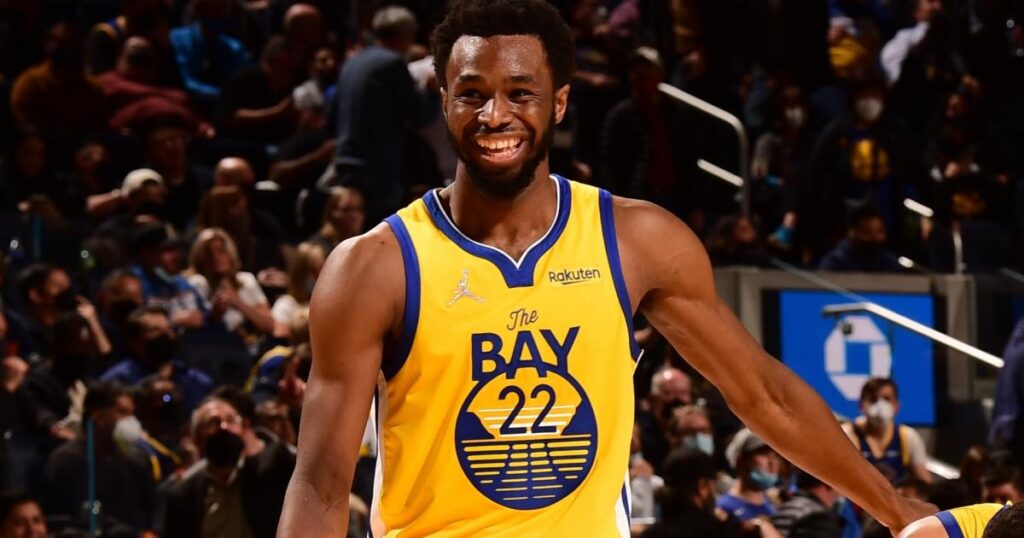 Andrew Wiggins is starting the NBA-All Star Game, and there are a lot of angry people who are blaming a K-pop tweet.

Wiggins probably isn’t one of the five best players in the Western conference this season. His success was pushed largely by his 3.45 million fan votes, which represent half of the selection criteria.

Controversially, some of that fan vote was influenced by Warriors global ambassador and K-pop star BamBam tweeting in support of Wiggins. Each tweet and retweet is counted as a vote, and BamBam was re-tweeted 38,000 times. Now BamBam and his army of K-pop fans are being widely mocked by NBA fans and delegitimized by some in the media for getting Wiggins into the game.

The hate is troubling in a number of ways, but here is the most important one to me: If you have a problem with a K-pop star influencing the voting for NBA All-Stars and don’t have that same level of vitriol when other celebrities influence voting, such as Kendall Jenner telling her followers to vote for her boyfriend Devin Booker or Grizzlies minority owner Justin Timberlake urging a vote for Ja Morant, take a second and think why that is.

This should go without saying, but your celebrity interests or ethnicity should not factor into the legitimacy of a vote in what basketball player you enjoy watching in an exhibition game. For many people, it does.

There was zero criticism of Jenner or Timberlake’s endorsements. The same cannot be said for BamBam. I’ve read various articles and listened to NBA podcasts ridiculing the K-pop star’s influence over the past week. Each time, it makes my blood boil at the double-standard being perpetuated.

Some of the BamBam criticism is being driven by the idea that Wiggins doesn’t deserve a spot on the team. But there is also a clear element of gatekeeping going on here that differentiates it from the Timberlake and Jenner tweets. There is an underlying belief that people of Asian descent or those who follow K-pop stars should have their opinions marginalized.

This is nothing new for people of Asian heritage. There is a strong feeling of otherness that bonds many in these communities when it comes to participating in wider cultural dialogue. We often feel invisible or ignored, our participation tolerated rather than encouraged.

This idea of otherness extends to players in the league. Jeremy Lin, the first American of Taiwanese descent to play in the league, was routinely stopped by arena security guards who didn’t believe that he was an NBA player.

“At opposing arenas, it happens all the time,” Lin told ESPN’s Michael Wallace in a 2016 interview. “I’m used to it by now. It’s just part of being Asian in the NBA.”

This outsider status has permeated in my own life countless times, including during my work covering the league. One quick example:

During one of my stints covering the NBA’s summer league in Las Vegas, I was sitting in the media room when a flustered white man came frantically into the room. After scanning the area, he locked eyes with me and headed my way.

“Do…you…speak…ENGLISH?” he slowly asked me, pantomiming his hands cartoonishly in a talking motion. I replied that I did in fact speak English.

I informed him that I had no idea what he was talking about, much to his disappointment.

Later, I learned that he was a long-time NBA beat reporter whose team had signed a Chinese basketball player to their roster named Ding Yanyuhang. I did not cover that team, the Chinese Basketball Association, and am not of Chinese descent. I did not know who this reporter was. But to him, the color of my skin was the only thing that mattered. It was a dead giveaway that I could only be there to cover a Chinese player named Ding.

People of Asian descent are becoming more and more a part of the NBA. Hyunjung Lee, a sharp-shooting South Korean-born junior at Davidson who has received almost no national attention, is very likely going to be drafted into the league next year. Jonathan Yim of the Blazers and Daisuke Yoshimoto of the Knicks are working as assistant coaches in the league. There are a growing number of players, executives, media members and fans of Asian heritage. All of them are just as valid a part of the league as their non-Asian counterparts.

The irony in all of this is that BamBam’s tweet likely didn’t even influence Wiggins’ selection. He was fourth in the fan vote a day before the BamBam tweet. After the tweet, he jumped ahead of Paul George, who has not played in a single game because of injury since voting started. That probably would have happened anyway. Wiggins finished solidly in third place by more than 600,000 votes. More importantly, even if Wiggins had not jumped ahead of George, he still would have been named a starter because of his high tallies in the other selection criteria. The only thing that the BamBam tweet really accomplished was providing a target at which to jeer.

You can certainly quibble on whether Wiggins deserved to be a starter based on merit. But there were many earnest fans who thought that he did, and their opinions matter. Part of the All-Star game is meant to reward the fans with players who they want to see. Wiggins unquestionably earned his selection based on that criteria.

There are strong elements of gatekeeping when it comes to everything related to the NBA. You need to like the right players, watch the right teams and have the right opinions to be considered a real fan by a lot of people. At the end of the day, though, this is an entertainment product. The All-Star Game is supposed to be an inclusive showcase to help grow the game. Everyone’s participation is legitimate and should be welcomed, no matter the color of your skin, the type of music you like, your geolocation data or any other asinine criteria meant to keep people out.