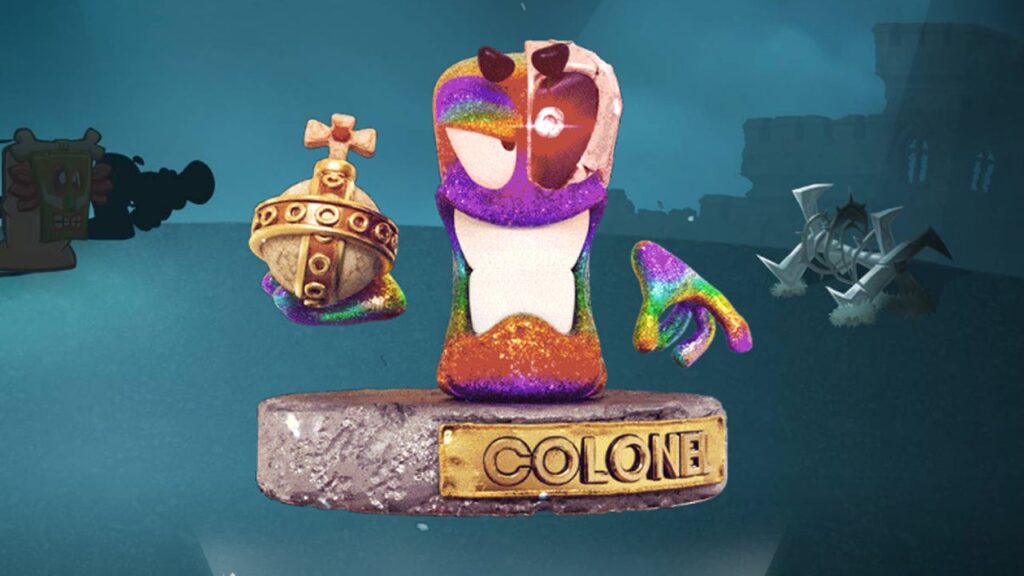 Editor’s Note: The subject of NFTs is currently a very controversial topic in the gaming community. IGN urges community members to be respectful when engaging in conversation around this subject and does not endorse harassment of any kind.

Team17 will not be going forward with its “environmentally friendly” Worms NFTs after backlash from both fans and other developers.

“We have listened to our Teamsters, development partners, and our games’ communities, and the concerns they’ve expressed, and have therefore taken the decision to step back from the NFT space,” the publisher said in a statement on Twitter.

Team17 is today announcing an end to the MetaWorms NFT project.

We have listened to our Teamsters, development partners, and our games’ communities, and the concerns they’ve expressed, and have therefore taken the decision to step back from the NFT space.

Team17 isn’t the only publisher to be burned by NFTs in recent weeks. STALKER 2 quickly retreated from NFT plans after intense social media backlash, and an Ubisoft exec has complained that gamers “don’t get” the new business model.

The original story continues below.

Team17 has revealed a set of what it describes as ‘environmentally friendly’ Worms NFTs and fans seem to be far from pleased. The company has subsequently said that it won’t nclude NFTs within games it publishes.

As announced in a press release this morning, fans will soon be able to buy officially licensed NFT collectibles based upon the retro gaming franchise, Worms. Called MetaWorms Team17 says that its NFTs will encompass content from across the last 26-years of Worms games to form “unique, generative artwork.”

Similar to other NFTs, the limited edition set of MetaWorms will be secured on the blockchain in order to assure digital ownership. The collection itself will be created and managed by the Reality Gaming Group, which has also been involved in creating blockchain collectibles for subsequent franchises such as Doctor Who: Worlds Apart and Reality Clash.

According to Team17, this has enabled the studio to ensure that it is creating a range of “environmentally friendly” NFTs. It says that thethe cost of minting 100,000 NFTs through the group’s Etherium sidechain uses the same energy as the average annual kettle usage of around eleven UK households.

The two companies have also announced that the project will partner with sustainability platform “Coin 4 Planet”, and specifically its Refeed Farms project, meaning that a portion of every NFT sale will be used to invest in real-life worm beds that are used to replenish soil instead of synthetic fertilizers.

Although Team17 is set to make blockchain-based Worms products, the studio has said in a recent statement to Eurogamer that it doesn’t plan on introducing NFTs into the games that it publishes.

“Team17 is licensing the Worms brand to our newest third-party partner so they can produce collectible digital artwork based on one of the most beloved IPs in indie games, in a similar way to already available physical merchandise,” a Team17 spokesperson stated. “Team17 has no plans to introduce NFTs or play-to-earn NFT mechanics into any of its indie games label titles.”

Despite the efforts to create a more environmentally friendly NFT, many members of the Worms community are yet to be convinced by the move. While some fans on social media have aired their disappointment and anger at the decision, others have vowed to steer clear of any future Worms content while the developer remains in the NFT market. Below you can find a selection of responses from fans upset by the recent news.

Well guess i will be no longer supporting @Team17, i have always loved worms but i can’t support any company that starts doing this NFT bull

Time to stop buying @Team17 games For being another developer who gives in to NFT’s ,.. This is just another sign of corporate greed trying to get more money off of consumers.

They should know better, they are better than this. They always had a soul, a heart. Yes, like everyone, they can miss a step here and there, but still, they always got back on their feet. pic.twitter.com/e2s7euDBU9

Team17’s recent move into the NFT market follows a number of similar paths taken by other developers within the industry. However, very few projects in the space have been met with positive reactions from their communities. Last month, STALKER 2 developer CSG Game World announced that the upcoming sequel would be supported by a range of linked NFTs when it launches. However, following a wave of fan backlash and criticism, quickly dropped those plans the same day.

In a similar fashion, Sega recently stated that it was reassessing its plans to launch NFT content after it too subsequently received negative reactions from its community following an initial announcement on the topic. Voice actor Troy Baker also announced he would pull out of an NFT partnership after a fan backlash.

On the flip side, Ubisoft Strategic Innovations Lab vice president Nicolas Pouard said that gamers simply don’t understand the benefits of NFTs after the company announced its new NFT service to negative feedback.

“I think gamers don’t get what a digital secondary market can bring to them,” he said. “For now, because of the current situation and context of NFTs, gamers really believe it’s first destroying the planet, and second just a tool for speculation. But what we [at Ubisoft] are seeing first is the end game. The end game is about giving players the opportunity to resell their items once they’re finished with them or they’re finished playing the game itself.”

For more from the controversial world of Blockchain technology, why not check out this article detailing how a GDC survey has suggested that 28% of game developers are interested in NFTs.