Influenza A Strain Is Making Up Most Flu Cases: What That Means 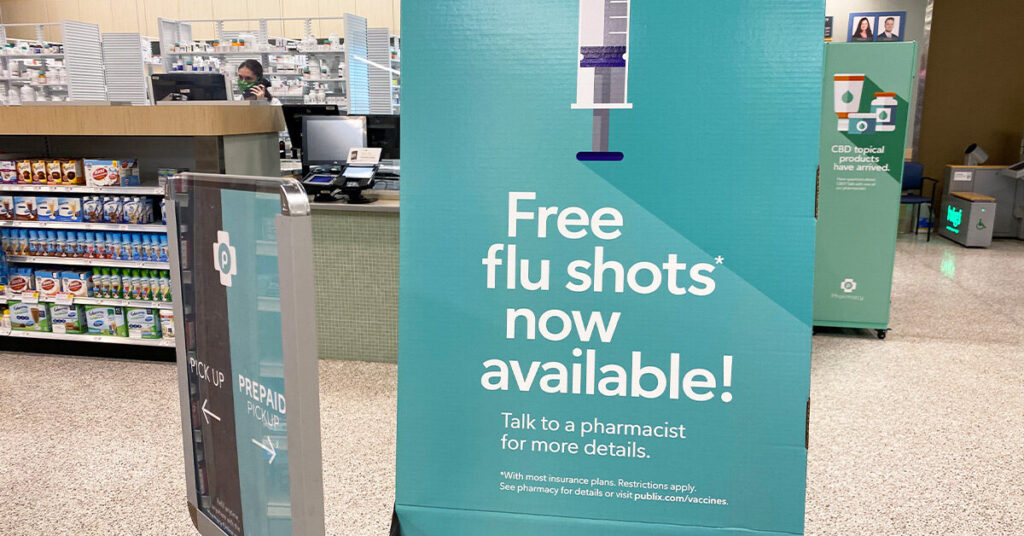 The flu is finally starting to make a comeback after a historically quiet 2020-2021 influenza season.

Though flu activity is low in much of the country, the United States is currently seeing more flu activity than it did during all of last season.

The bulk of cases can be traced back to Influenza A (H3N2), a strain often associated with more severe flu seasons, according to the Centers for Disease Control and Prevention (CDC).

According to the Walgreens Flu Index, which attempts to monitor flu activity through antiviral prescription data, nationwide activity is currently 192 percent higher than it was at this time last year — though activity is still low, in general, compared to pre-pandemic flu seasons.

The CDC is currently investigating a large outbreak among students at the University of Michigan in hopes of understanding risk factors for infection and the effectiveness of this year’s flu shot.

Though the flu is generally low across the country, certain regions — New Mexico, Georgia, and Rhode Island — have seen more flu activity in recent weeks.

Southern regions are seeing the greatest flu activity. This is consistent with trends reported over the last couple flu seasons, according to Dr. Kevin Ban, the chief medical officer at Walgreens.

According to from the CDC, influenza has recently been very active in kids under 5 years of age.

“Likely, this age group may not be vaccinated yet or may not be as good about masking. Also, school is a big factor, as all viruses spread more in this age group,” said Dr. Purvi Parikh, an immunologist with Allergy & Asthma Network.

Everyone ages 6 months and over are advised to get the flu shot each year.

, MPH, the team lead for the Domestic Influenza Surveillance team in the Epidemiology and Prevention Branch (EPB) of CDC’s Influenza Division, said the flu is also very active among those ages 5 to 24.

“Young adults and children are common drivers of community spread of flu, and the activity we are seeing now is not unusual,” Brammer said.

The CDC is investigating a flu outbreak at the University of Michigan, where 528 people since October 6 have been diagnosed with the flu — 77 percent of whom were unvaccinated.

According to Brammer, the goals of the investigation are to understand the scope of the outbreak, identify risk factors for infection, support infection control measures, and evaluate how well this year’s shots are working.

“This investigation could help inform guidance for influenza responses on university campuses and in the community at large during the COVID-19 pandemic,” Brammer said.

Parikh said Influenza A, which is currently circulating at higher levels than B strains, is known to mutate more and has caused pandemic flu seasons in the past.

“Both are treated very similarly, but A can be more severe,” Parikh said.

According to Karen Edwards, PhD, a professor of epidemiology and biostatistics at the UCI Program in Public Health, there are usually more Influenza A strains than B strains.

Fortunately, this year’s shot — which is quadrivalent and covers two A strains and 2 B strains — provides broad protection against circulating flu viruses.

“There are a variety of strains. H3N2 is one that we have seen before, and [it’s] included in this year’s flu vaccine,” Edwards said.

Preliminary shows that flu vaccinations are down among pregnant women and children.

“This is concerning, considering that both of these groups of people are at higher risk for severe complications from flu infection,” Brammer said.

Pregnant people are also advised to get the shot as they can pass protective antibodies to their baby, which can provide protection during the first few months of their life.

The flu shot is the best way to protect yourself and others against potentially severe complications of the flu.

Flu activity is approximately 192 percent higher than it was this time last year. But compared with pre-pandemic flu seasons, nationwide influenza activity is still generally low.

Certain urban centers, like colleges and universities, have seen outbreaks that the CDC is looking into to better understand risk factors for infection and the effectiveness of this year’s shot.

So far, Influenza A (H3N2) is the most common strain, which is included in this year’s quadrivalent vaccine.